School’s out and it hasn’t started endlessly raining yet…QUICK GET TO THE BEACH! Those were our thoughts on Monday anyway and to glorious Formby we went. It was absolutely brilliant. A warm but cloudy day, perfect for little kids.

Obviously though I couldn’t pass up a chance to play a few games. It’s basically a giant playground isn’t it?

So after the kids had built and destroyed 100 sandcastles, had splashed in, swum in and in Florence’s case drunk (yuk!) the sea and I had cleaned up a beach turd (cheers kiddo) the wee ones were starting to get a bit bored.

1. Number stepping stones - for the two year old I drew 1, 2 and 3 in circles on the sand and we jumped on the one I shouted. Once she mastered those I added 4 and 5. She loved hopping on the numbers and me shouting “BING” every time she got it right. For Ewan (4) I did 10-20 and made the gaps all at funny angles and different distances and he had to hop in the right order in a circle to return back to 10 without getting caught by the sharks…! 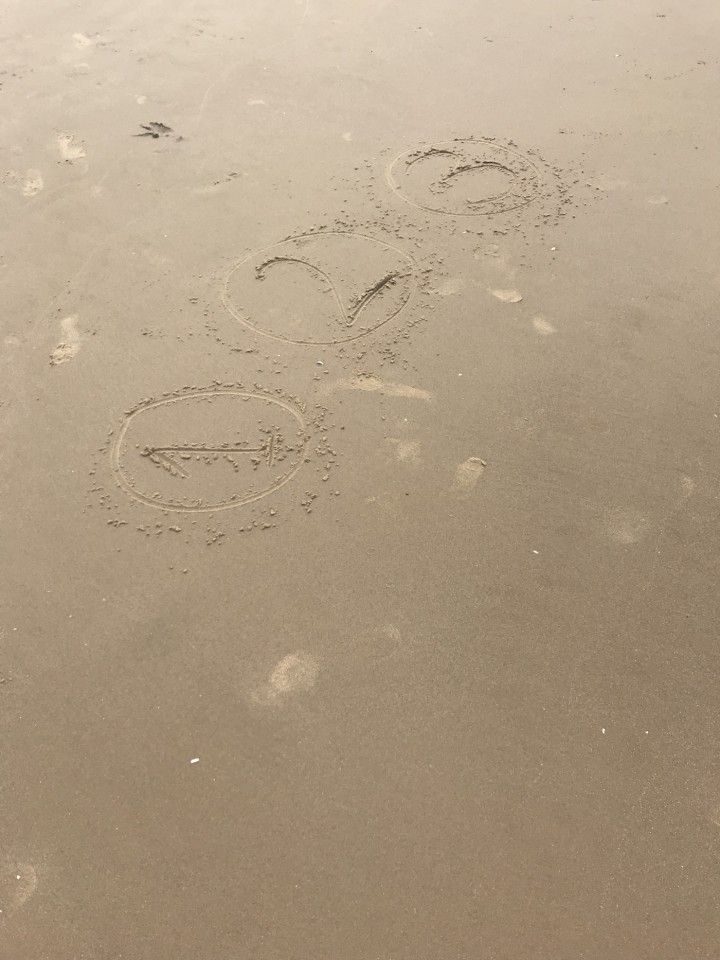 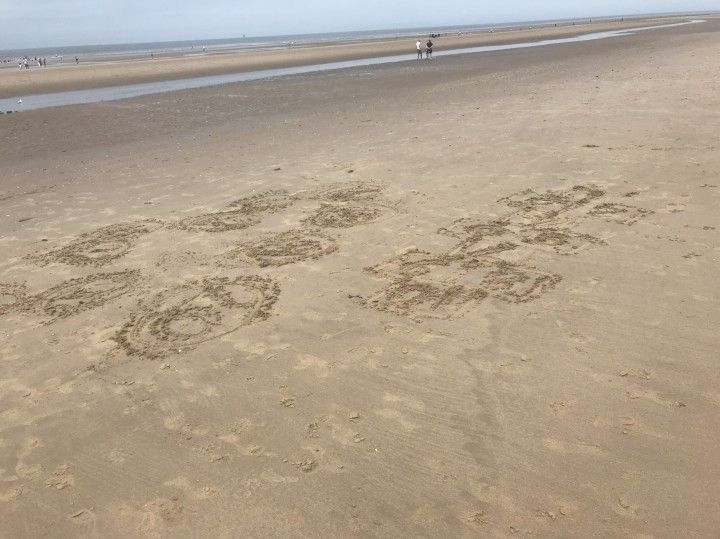 2. Target practice – I drew a basic circular target with three increasingly larger circles, then drew a line a few steps away and Ewan and I had a stone each to try and get it in the target. Ewan kept moving the line closer and closer until he eventually got a bullseye! Ha! You could tally scores too if you like. 3. Rub it out – Can he rub out the letters faster than I can write them in the sand with a stone? I shouted the letters and sounds out as a drew them and he shuffled over them with his bare feet to rub them out. In the end I let him ‘win’ and beat me when they were all rubbed out. Then he had a go at writing numbers while I rubbed them out! 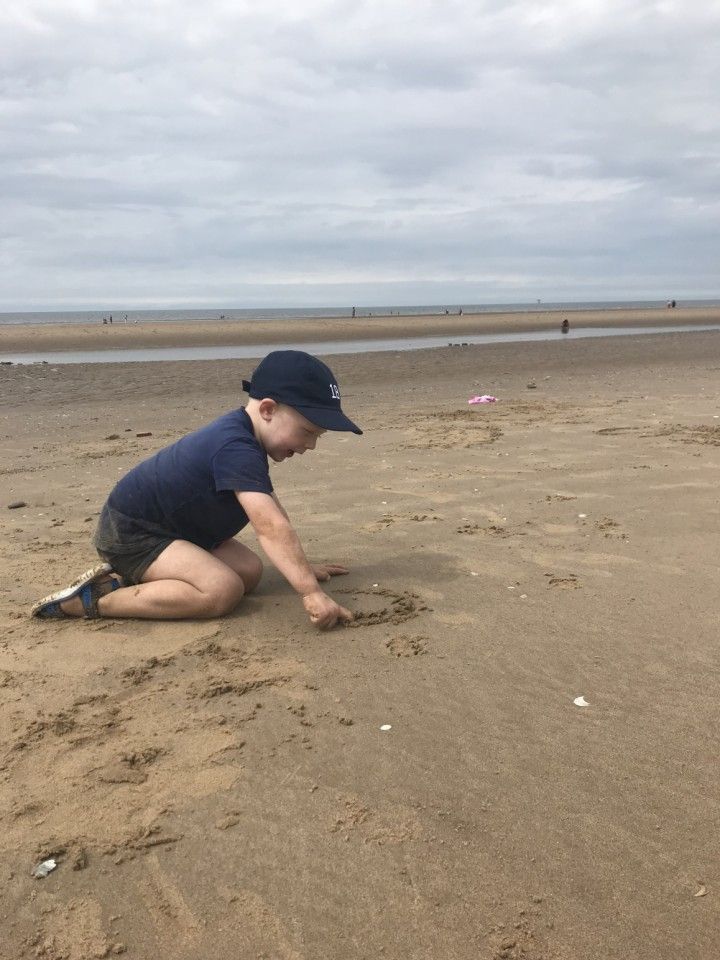 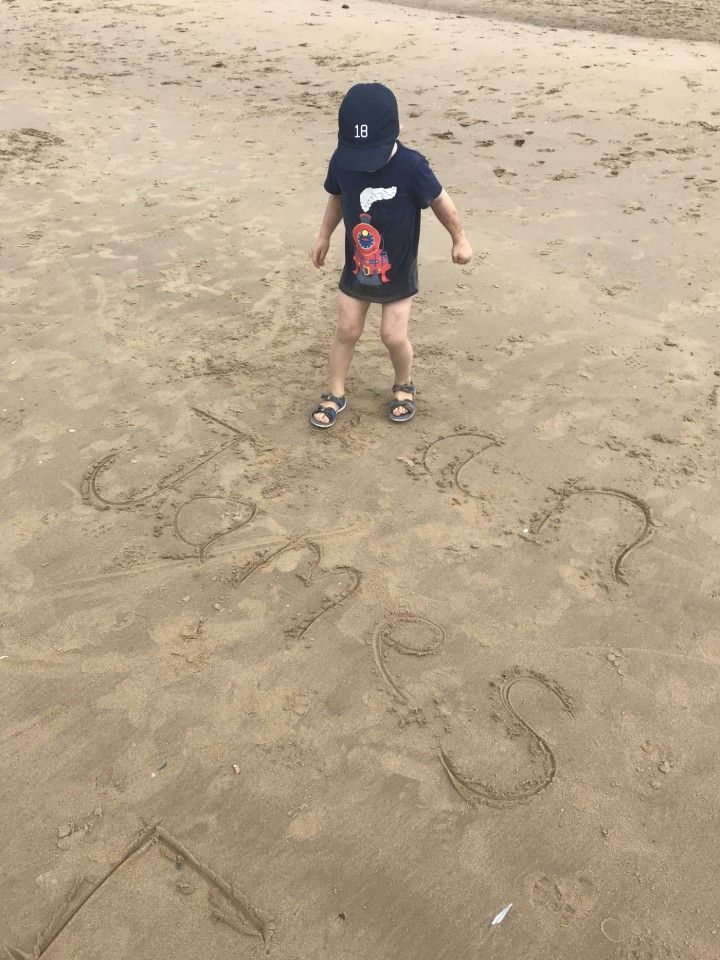 4. Rubbish Coconut Shy – get empty tin cans or bottles. Put a bit of sand in them and set them on top of little sand mounds at a distance away, then go and collect lots of stones (which itself takes a while!) or use a wee ball. First one to knock over the bottles or cans wins! 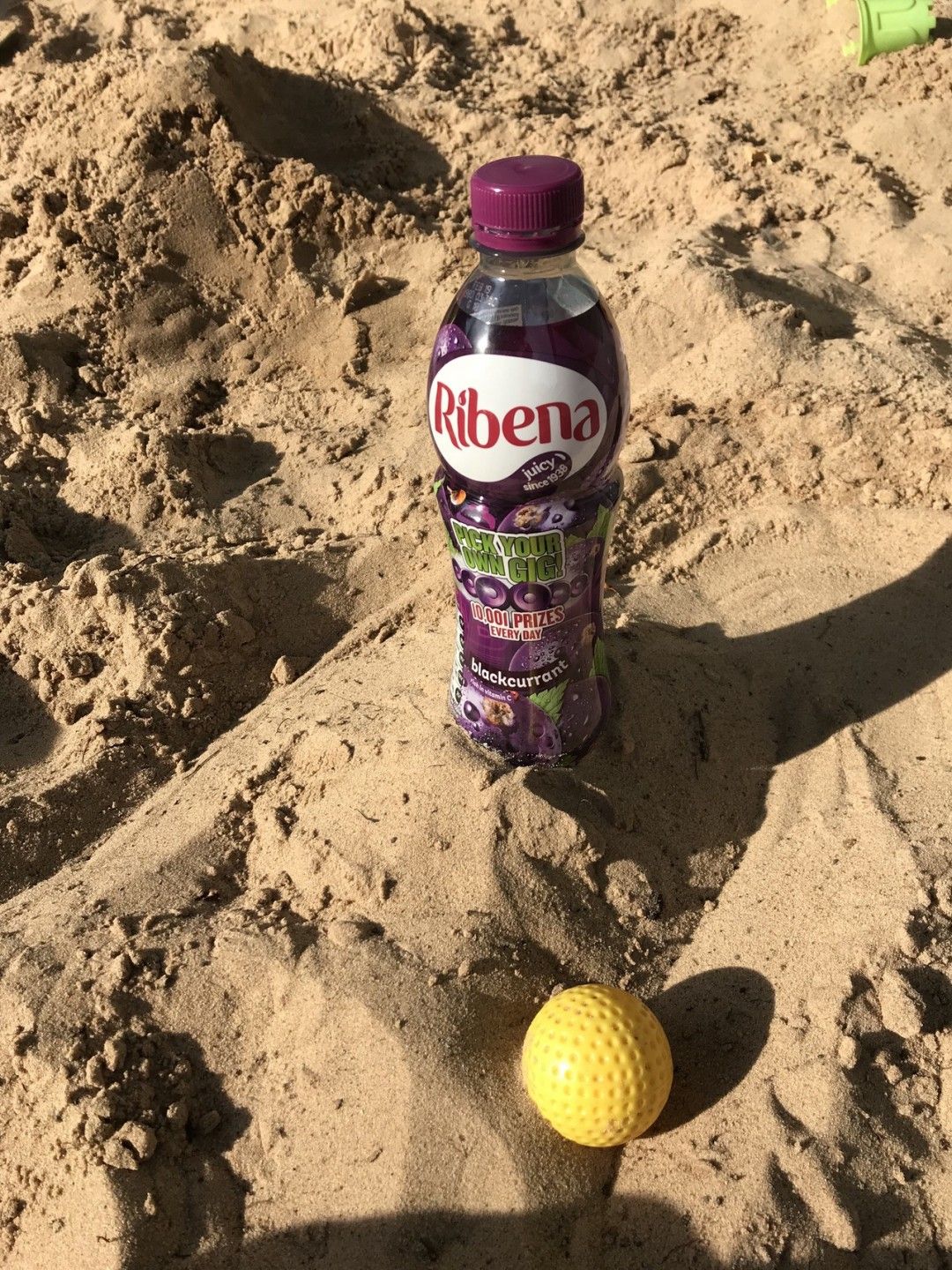 ​5. And lastly, a very simple one for kids slightly older – noughts and crosses on the sand. Best of 5 games and the loser has to go and get the ice creams – no pictures as I played this with my own Dad! or Hopscotch, the rules to which are here. 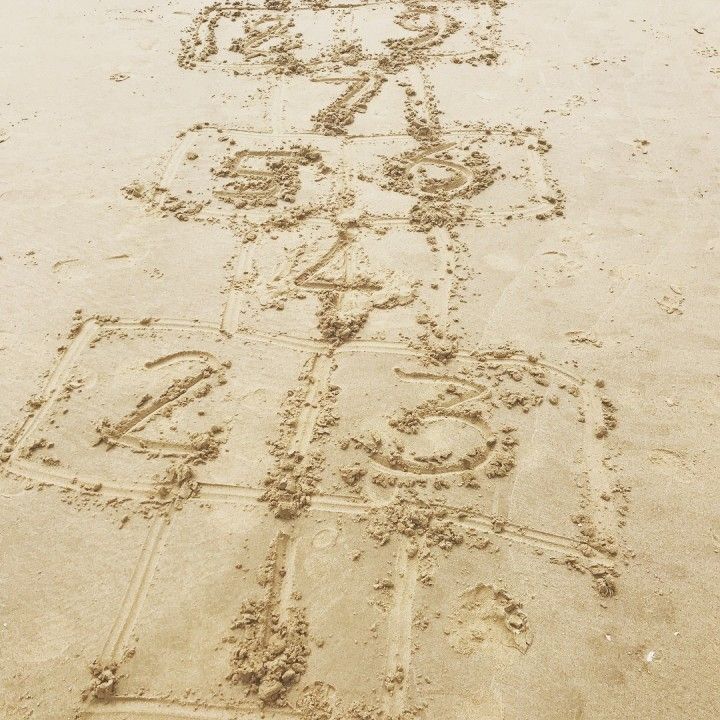 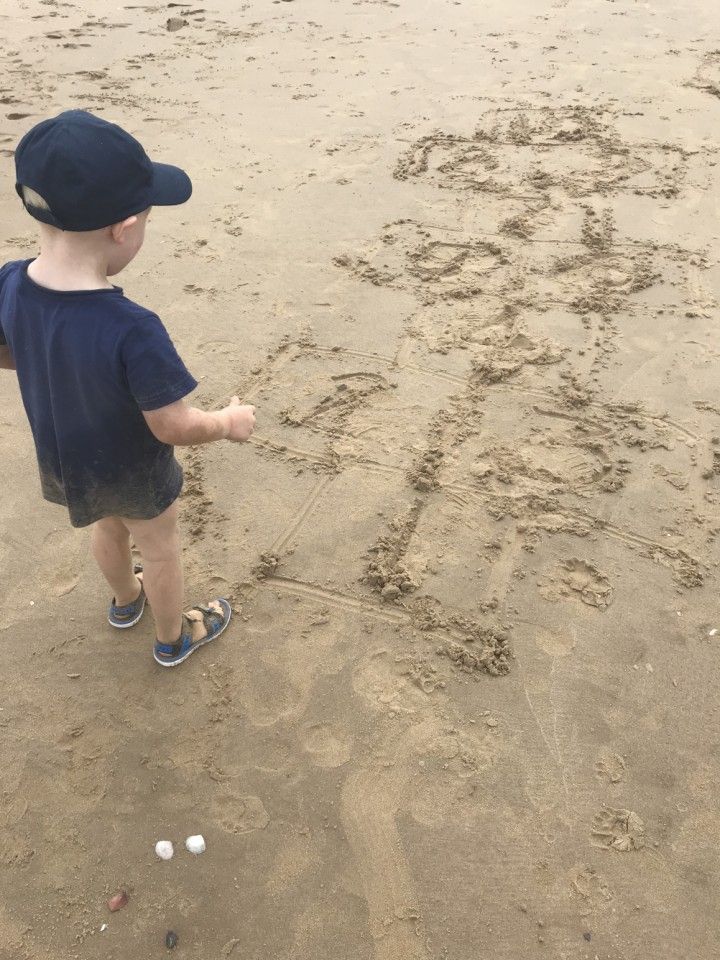 We weren’t there for particularly long so that’s all we did this time but I hope one or two of these might spark your imagination for five minutes of beach fun (and sneaky learning). Let me know what games you play at the seaside!

P.S. These were the beach hacks that I tried out…

A fitted sheet in place of a picnic blanket. The bags (loaded with basically everything we own!) held it in place. It did manage to keep the sand out for a while, essentially during our picnic. But it obviously crept in after a while as the kids got in and out. But it certainly reduced the amount. 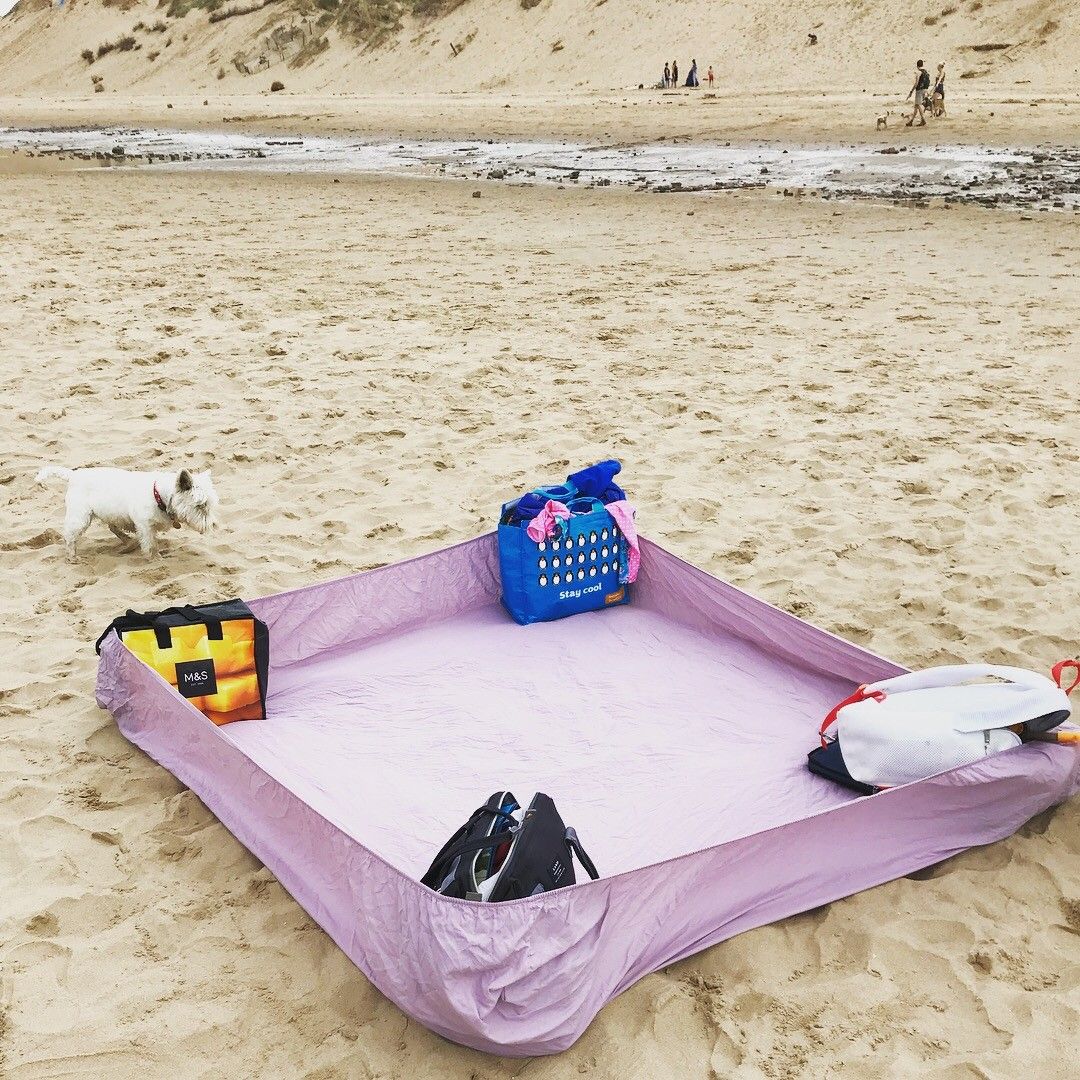 Talcum powder – I poured it onto my hand and rubbed it into the crevices of the kiddies where wet sand had stuck. Then towelled them off and got them dressed. It worked well for us but I think the liquid has to be at a minimum and suncream fully rubbed into skin before you add talc to the mix! No one wants a PASTE BABY! 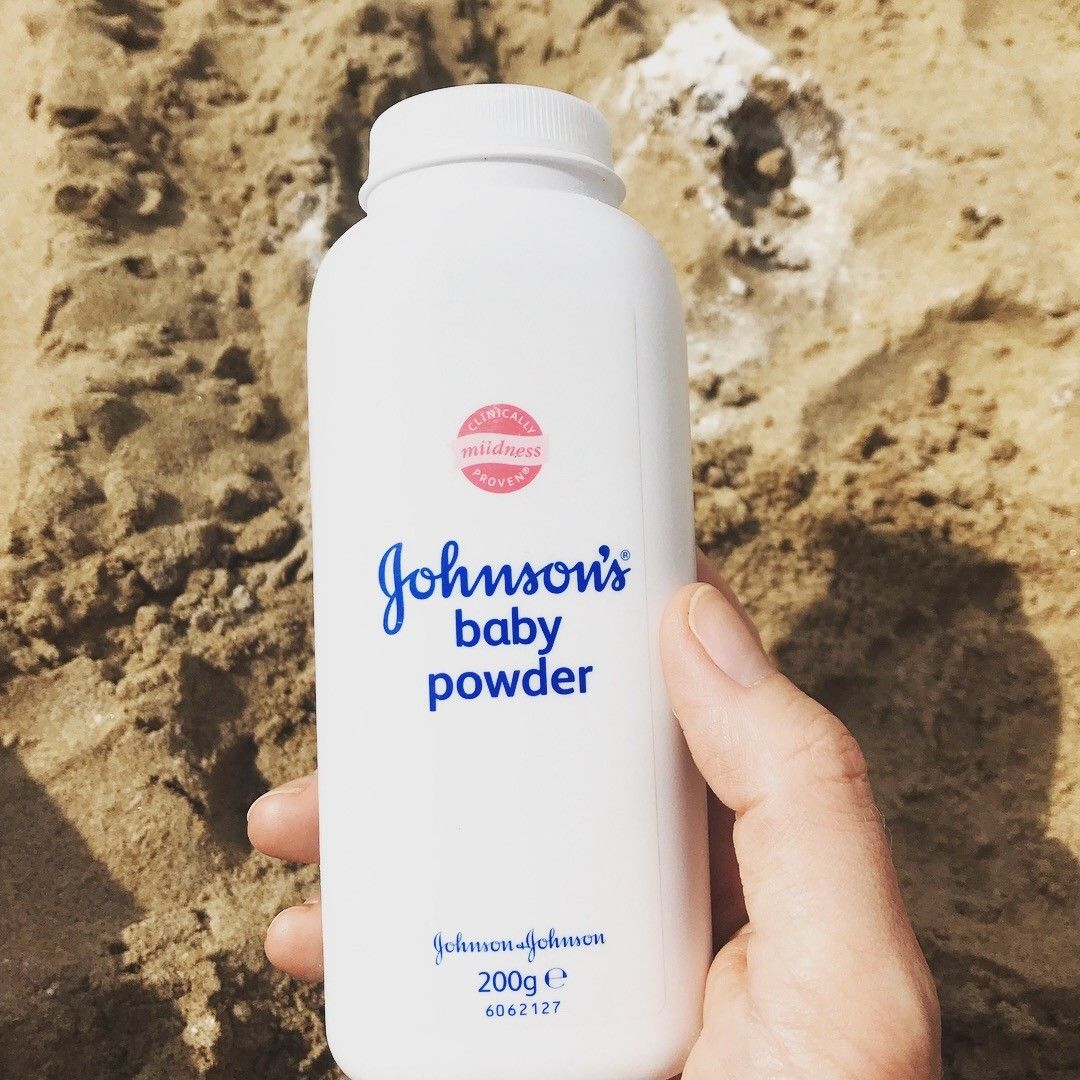