So tonight’s post is a little different. Firstly it is THREE games at once. Excited much? But secondly it’s my most important post yet and the games I have enjoyed playing the most too!

My cousin Ray and his lovely wife Jenny have a little boy called Henry who is Ewan’s age. He is exactly like Ewan…full of energy, curiosity and train/car crazy. He also has Cystic Fibrosis, a genetic condition that affects his lungs.

So his wonderful Mum asked if I could think up a few games to help them out. Henry has to do physiotherapy daily which includes emptying his lungs of air and although they already do games with him for this, they were running short on new ideas.

Now this is RIGHT up my street. When teaching this is exactly the sort of challenge I loved and when Jen asked me I was thrilled to be put to the test again.

So Henry mate, these are for you. I hope some or all of them help but at the very least I hope you and your Mum and Dad laugh as much as Ewan and I did playing them. I will be thinking up some more soon.

Henry’s Dad loves his footie so I’m hoping he will be up for this. You need two cups - plastic or paper. Tape them to either end of a coffee table. Grab a straw each (we have reusable ones to, you know, try and save the planet) and a little ball. A ping pong ball is great but if you don’t have one just screw up some tin foil like we did. Now grab something to write down the scores, as the aim of this is ACTUALLY number recognition and writing. Not that your child should know it….! Now you each have to try and blow the ball into each others cup. Ready, steady, GO…who wins? 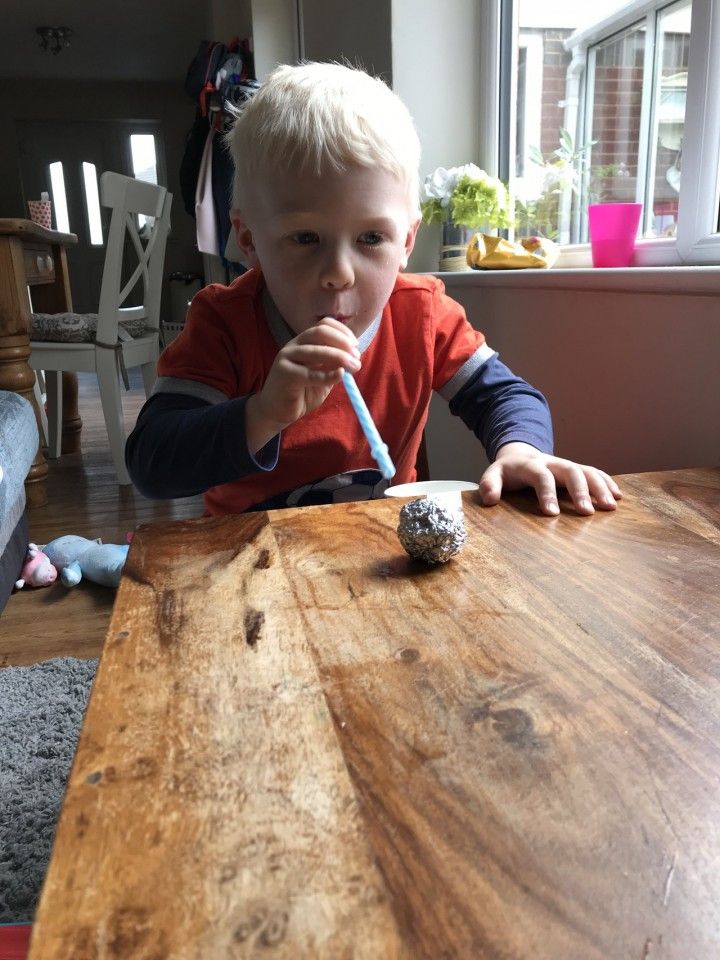 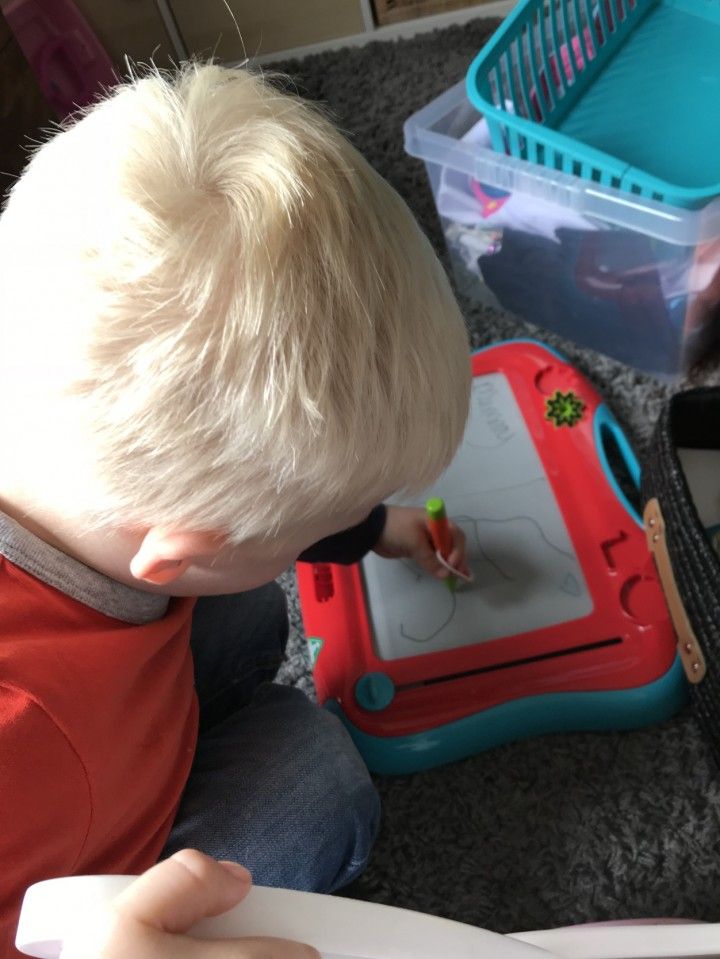 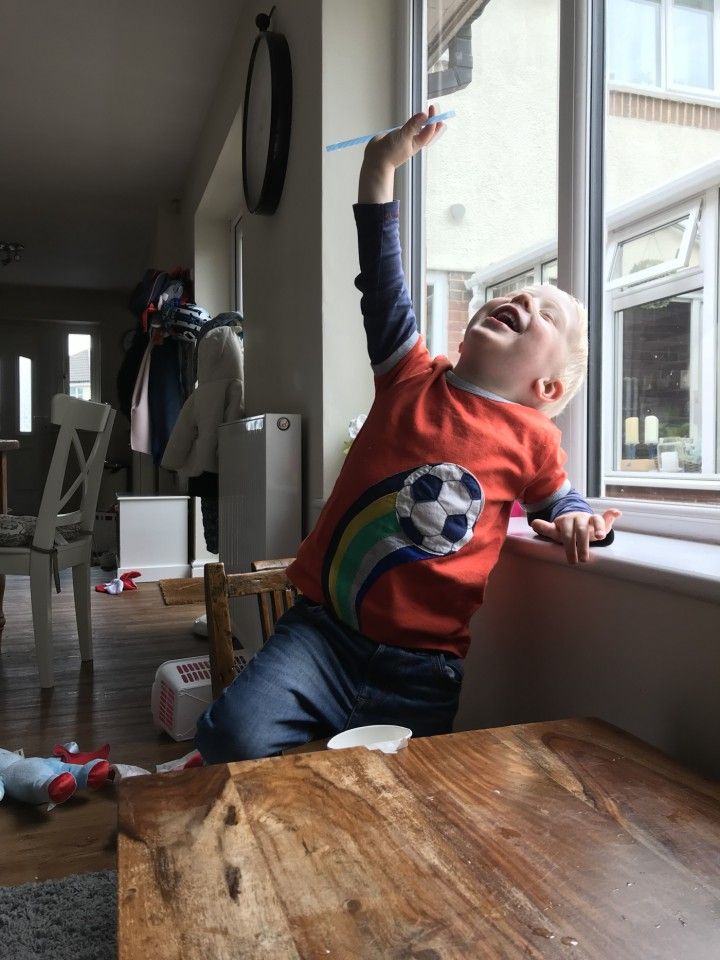 So I used a plastic tray with edges, some Duplo, two milk bottle tops (one green one blue) a straw and a cup of water. We made the Duplo bricks in to a maze on the tray and Ewan had to blow the bottle top boats through the water maze from one end to the other. He then made his own maze, and then we made some Duplo tunnels for the tops to have to go under – a bit like a slalom. If you have two trays you could do this as a competitive game and make a maze for each other, and again write down scores. 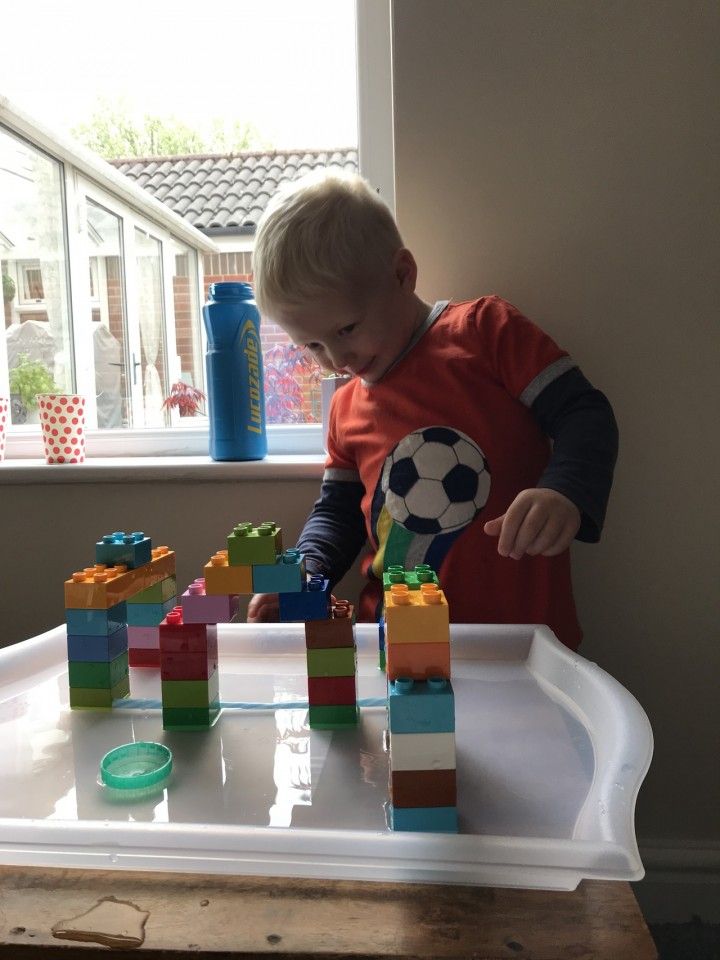 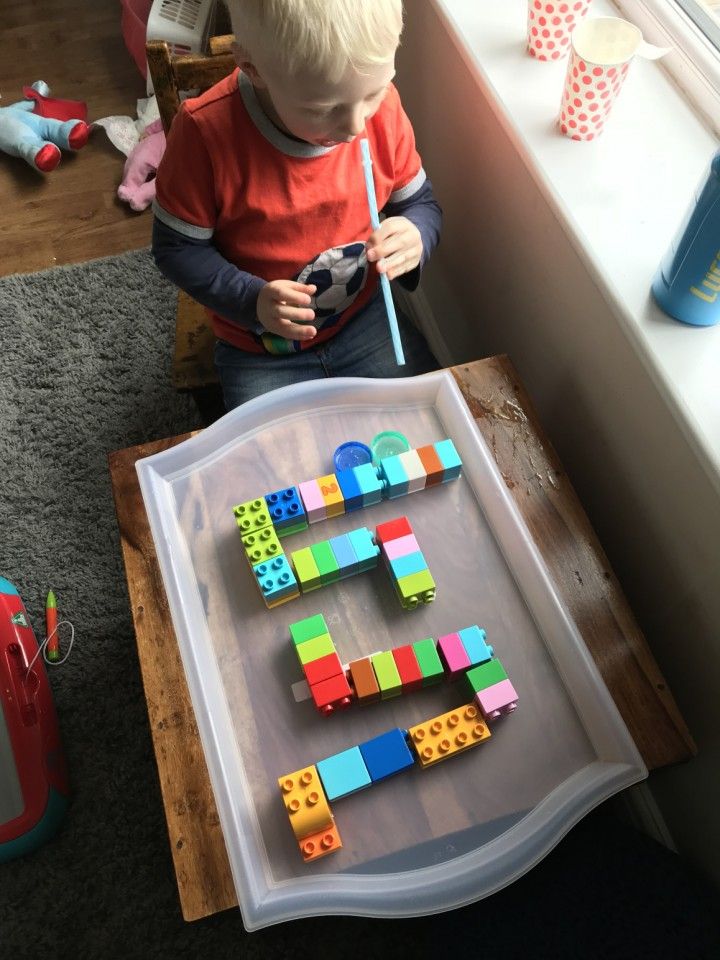 Get one plastic cup. Squeeze a good dollop of paint into it. Squeeze the same amount of Fairy liquid/dish soap. Then about double the amount of water, maybe a little more. Give it a mix and set the cup down on a tray or newspaper. Get some plain paper. Now get a straw and put it into the cup and BLOW! It’ll make colourful bubbles which you can ‘catch’ onto the paper. Let them dry on it and they make fab patterns. We did four bits of paper in three colours and I wrote a letter on each for Ewan’s name which he then covered with bubbles. (Top Tip…don’t then leave your child alone to attend to something else otherwise you will return to find an Oompa Loompa!) 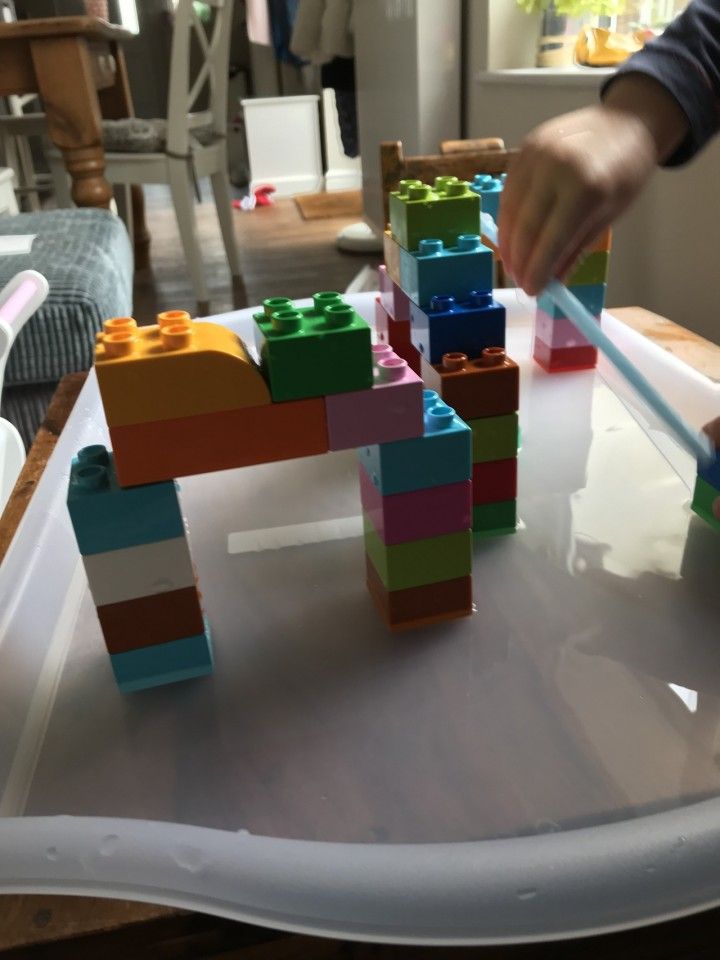 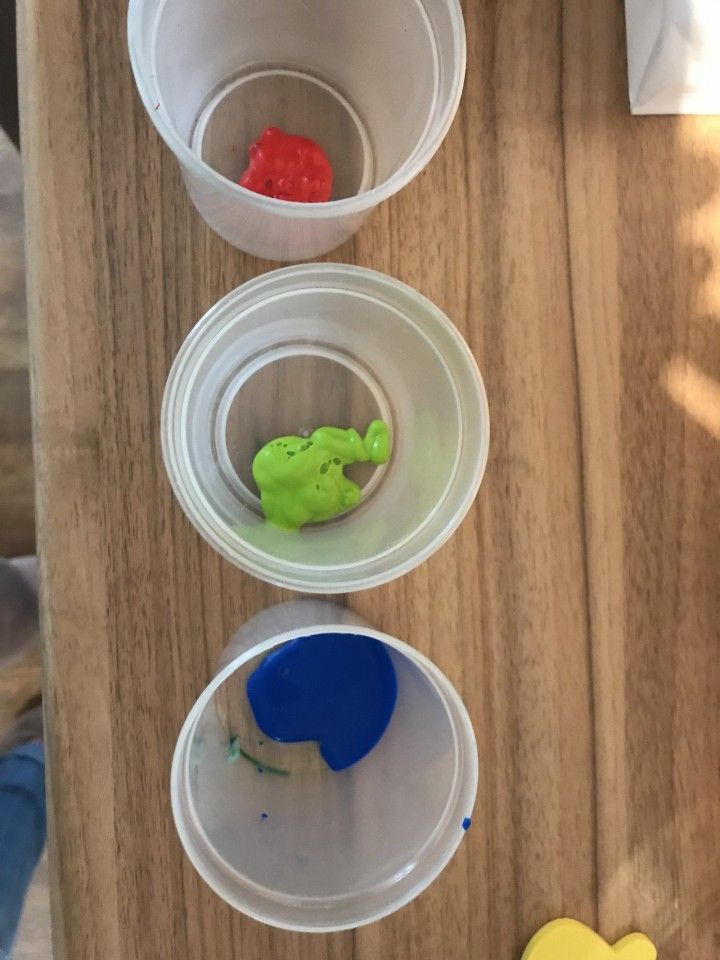 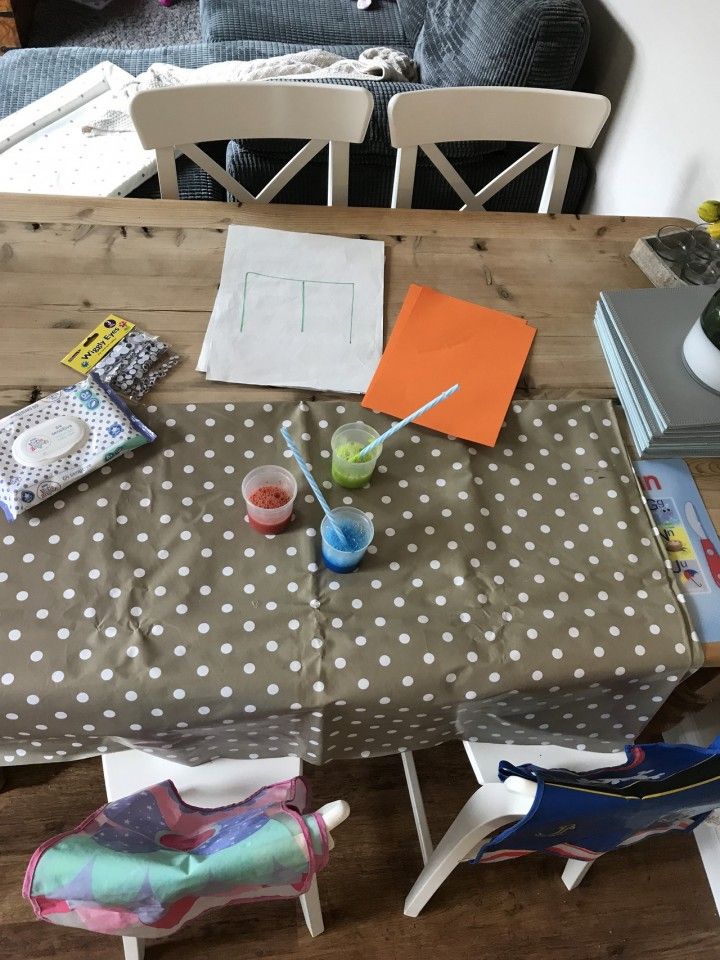 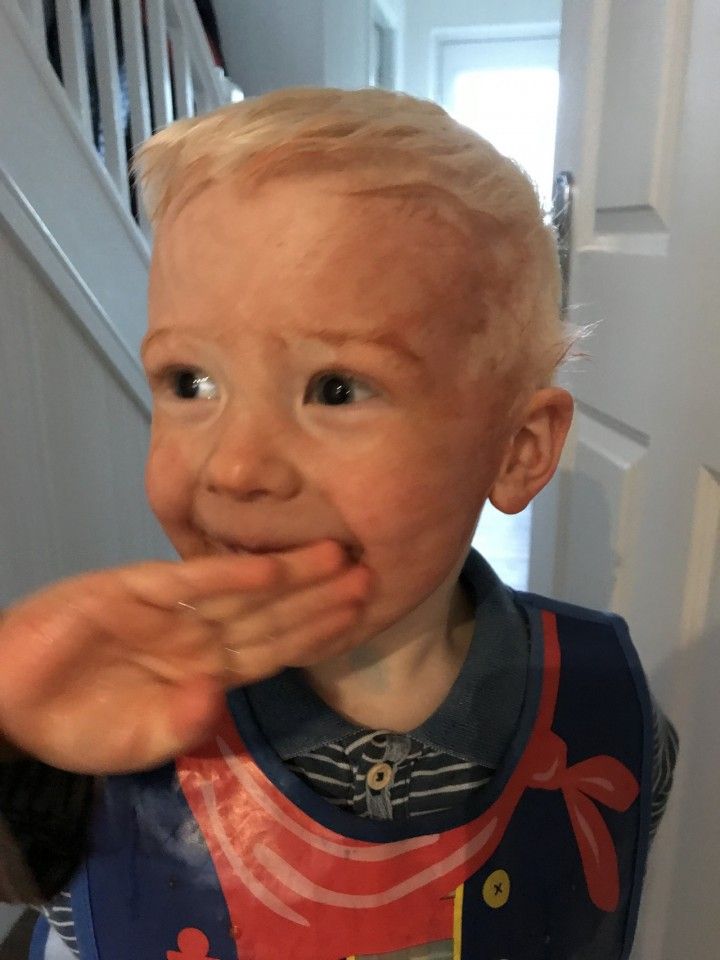 If you want to know more about Cystic Fibrosis here is the link https://www.cysticfibrosis.org.uk/what-is-cystic-fibrosis

Or if you would like to donate to the Trust that helps out children like Henry visit here. a very worthy cause. https://www.cysticfibrosis.org.uk/donate?amount=20&type=Regular