It’s got a cool name this game. Because it is a bloody COOL GAME! Ha! Ewan (4) loved this one. Five minute set up, yes, but we played for a good half an hour, probably longer. A massive hit and he practiced number writing without even realising that’s what he was doing.

So what do we need? Well it’s quite a lot of bits and bob this one but hopefully as ever, it is all stuff you have at home already. 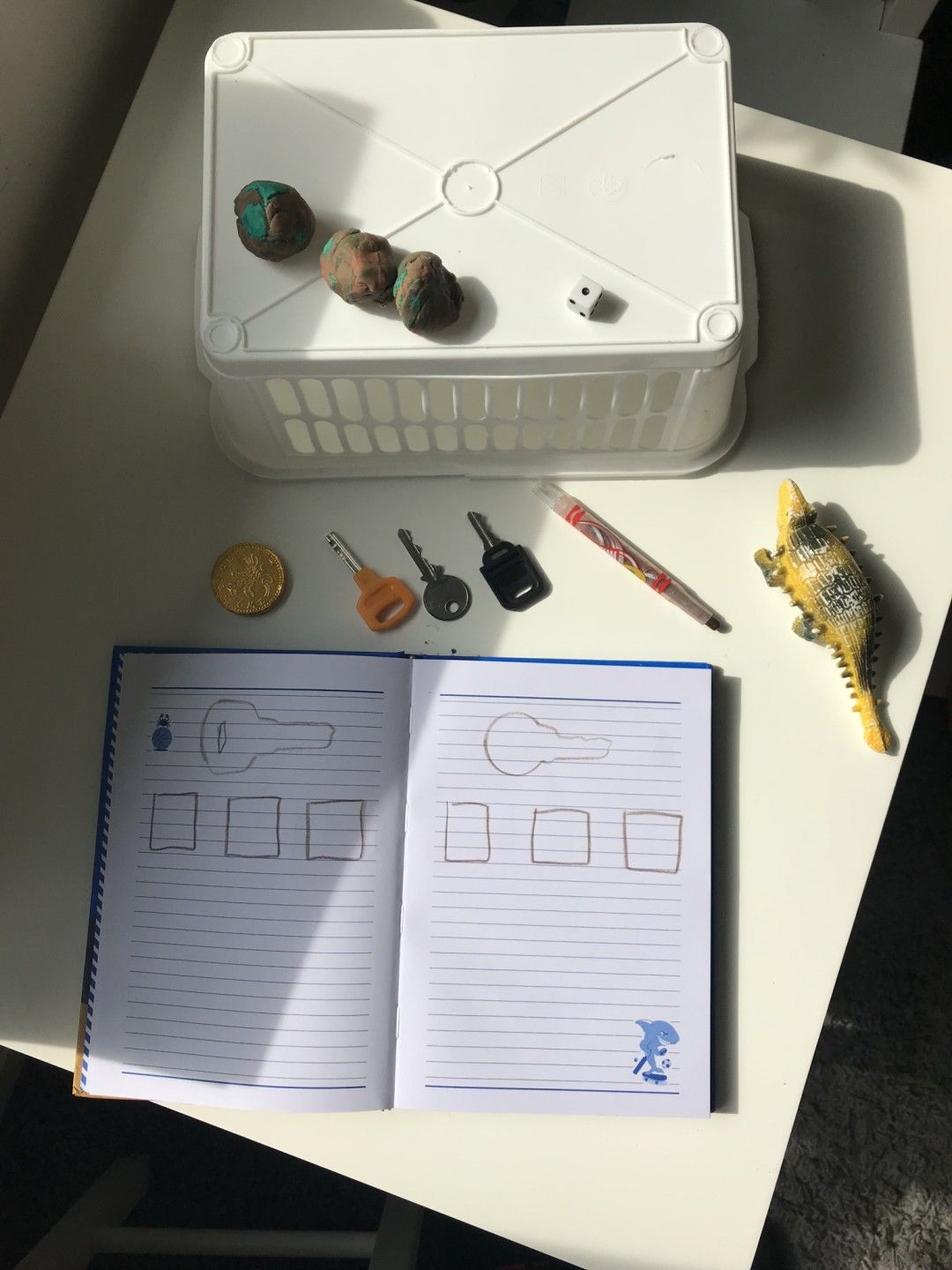 This game seems a little tricky but I designed it that way. Ewan is older now, and enjoyed the complexity and little routine this game bought. Still easy for us parents though… 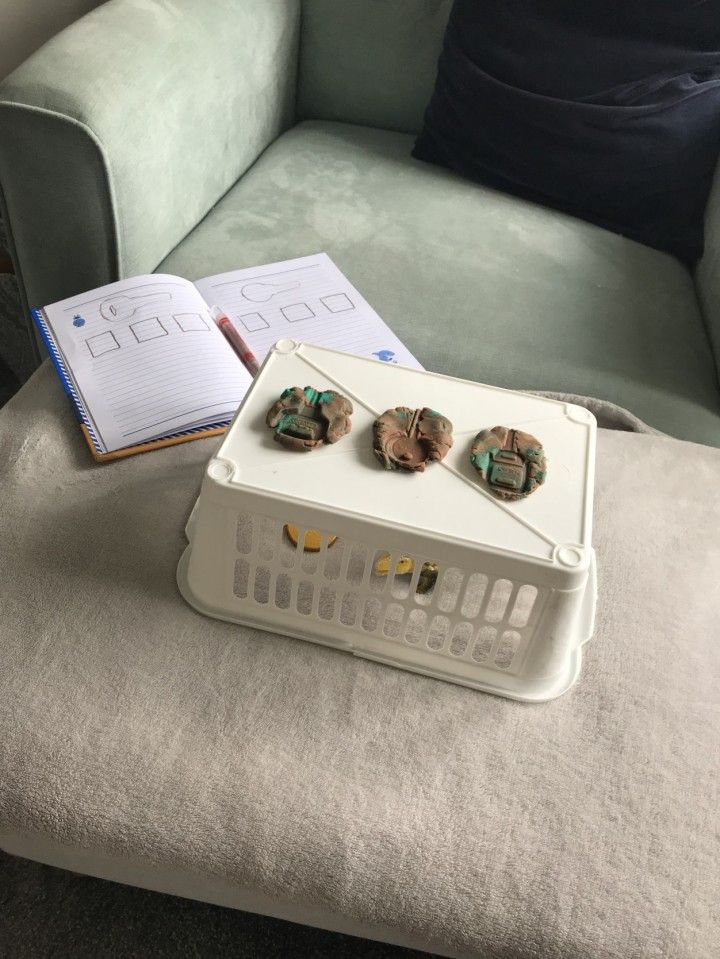 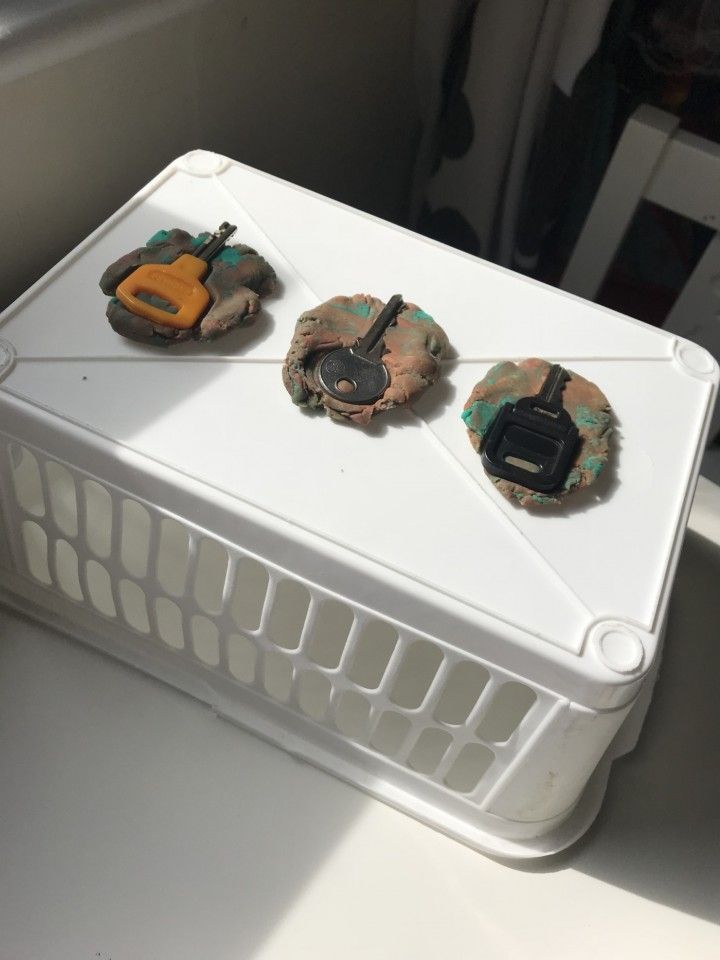 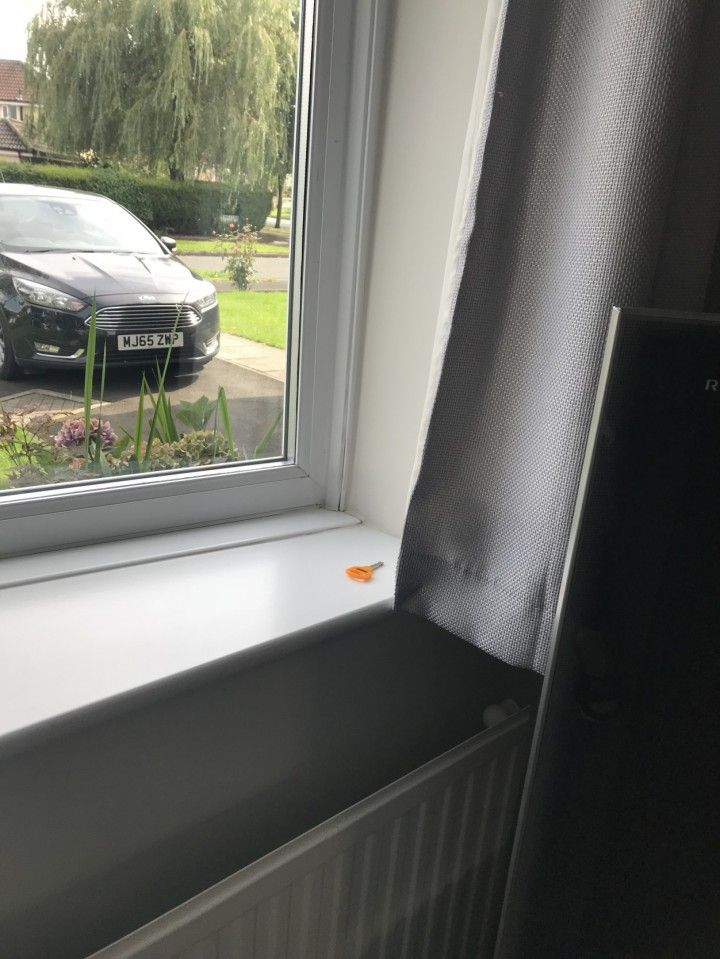 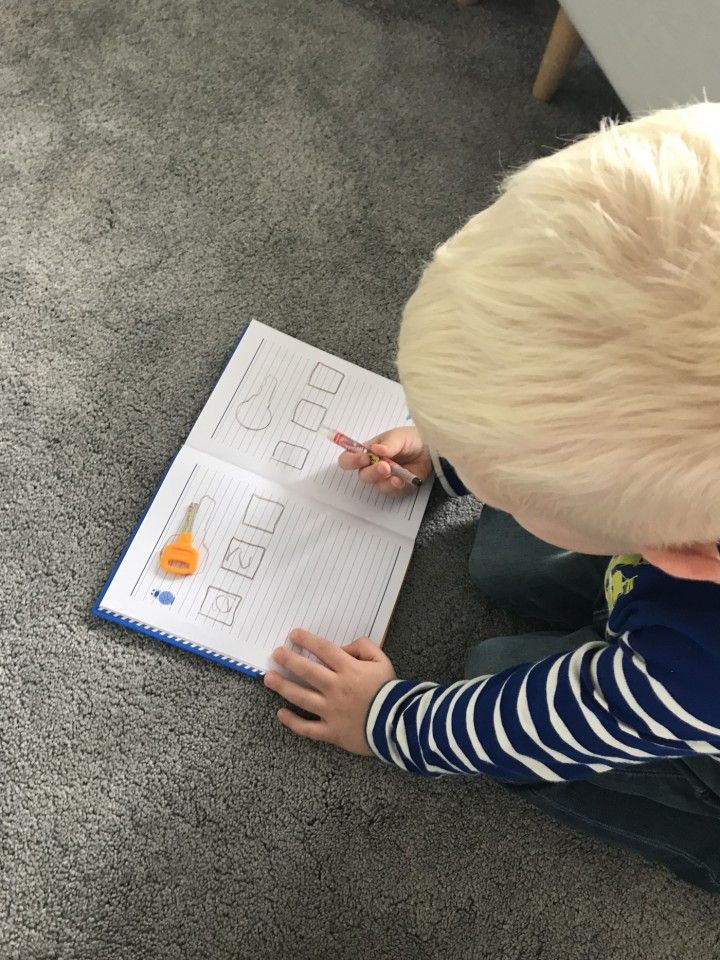 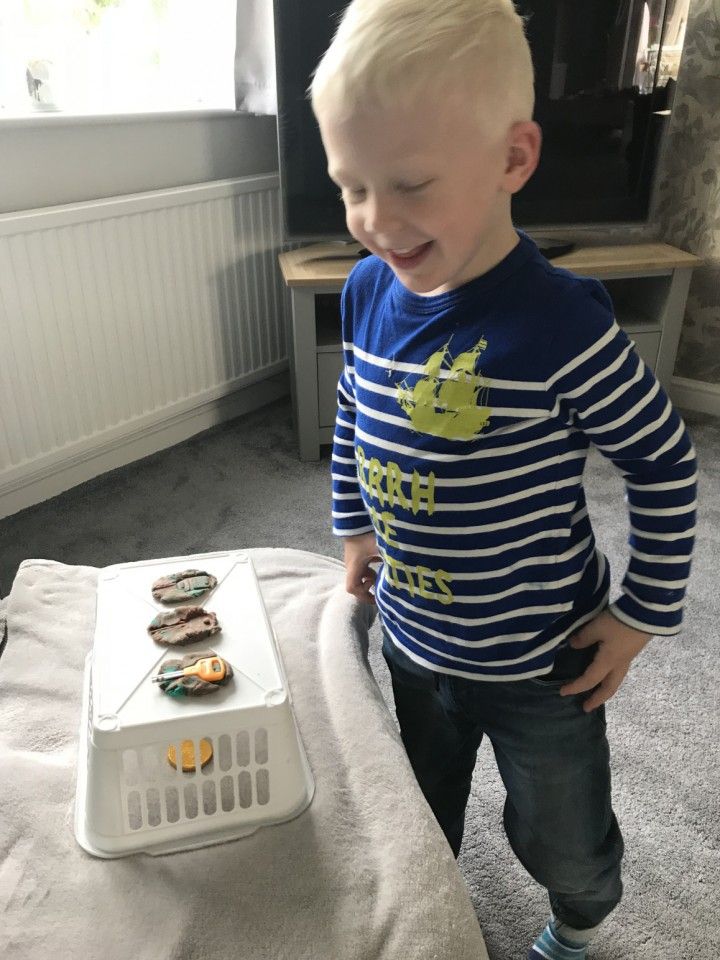 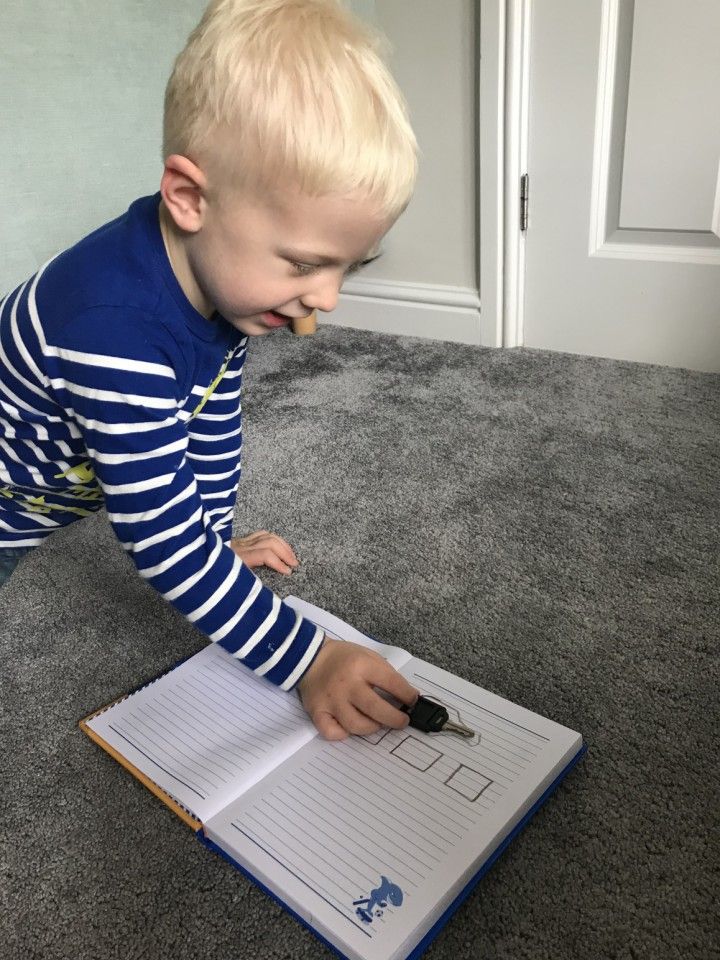 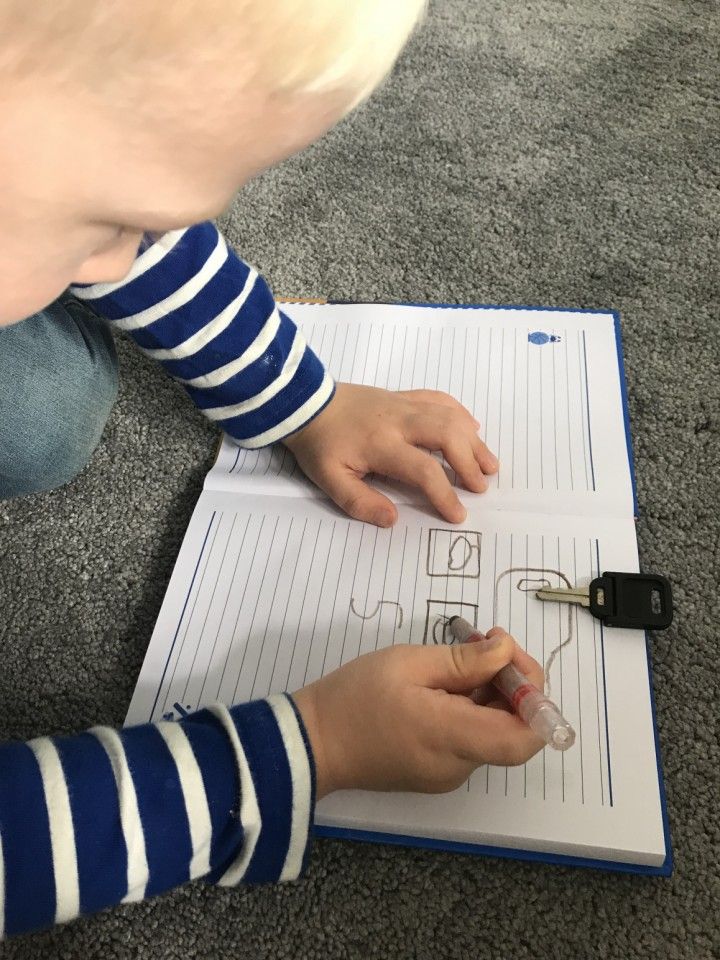 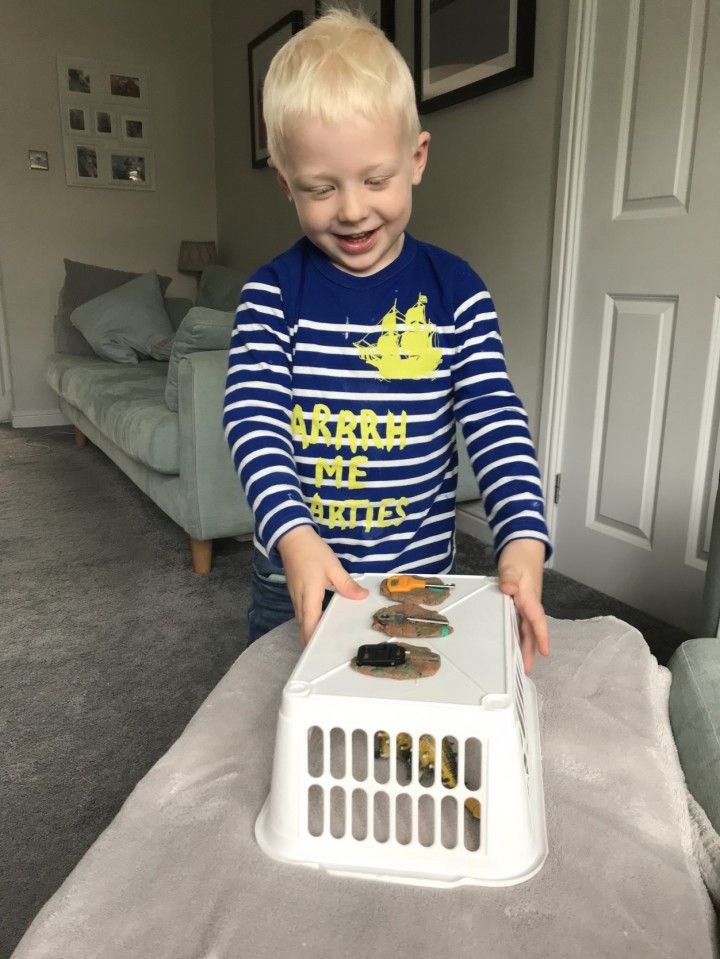 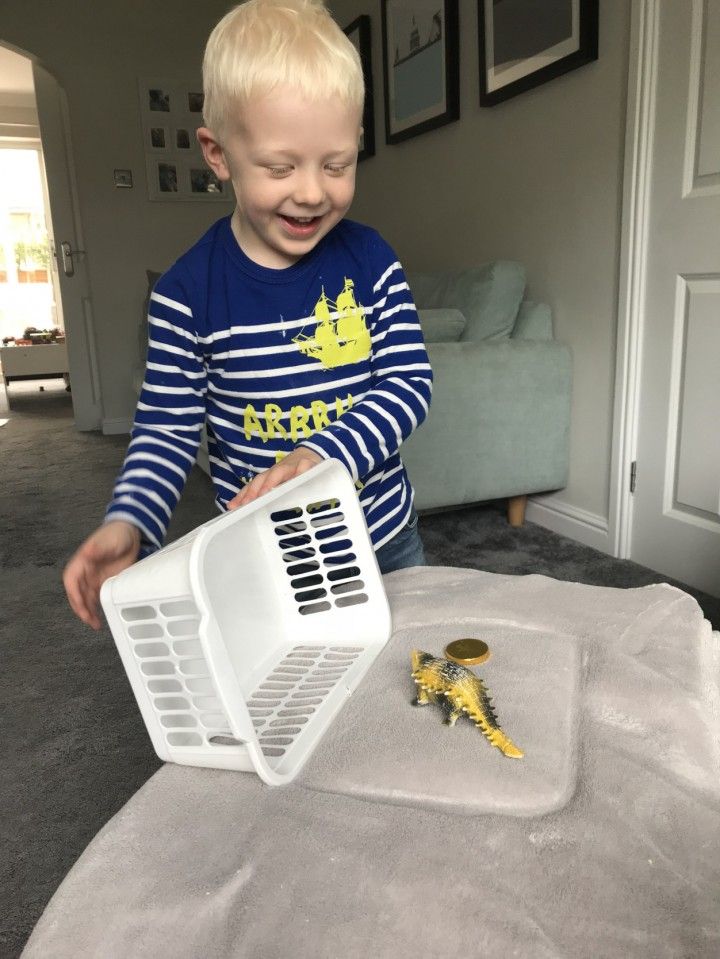 We played this three times as Ewan enjoyed it so much (no further chocolate pennies were needed). The third time he hid the keys for me. I played exactly the same. Just because he wasn’t writing the numbers didn’t mean he didn’t get anything out of it. He could see me do the correct forming of the numbers when I wrote them and modelling good communication. Play isn’t always about them completing the task!

To vary this for different ages…

Obviously you can totally skip the dice bit for little ones and just do a key hunt to release the toy.

You could write the numbers 1-6 on the page instead and your little one could just cross it off or put a circle around it when that number is rolled. Number recognition rather than writing if that seems like a challenge too far (it would have been for Ewan a few months ago). Or they just need to roll a certain number once to release the key.

For older ones, write out three sums for each key. Once they roll the answer, the key can be released. e.g. write 3+2= on the page so they would need to roll a 5 but would have to work this bit out themselves.

Can you crack the code?! Happy playing!