It’s beginning to look at lot like Christmas…on EVERYONE’S social media accounts…and I bloody LOVE IT! I’m a big fan of Christmas in general however what comes along with the festive cheer and mulled wine and kids going absolutely bonkers giddy is WORK. WERK WERK WERK. It’s a lot isn’t it? Planning, buying, returning, re-buying, doing lists, visiting Father Christmas, regretting that visit to Father Christmas, panic watching your flex account funds crashing past your overdraft. Yep. It’s hard. As well as wonderful. 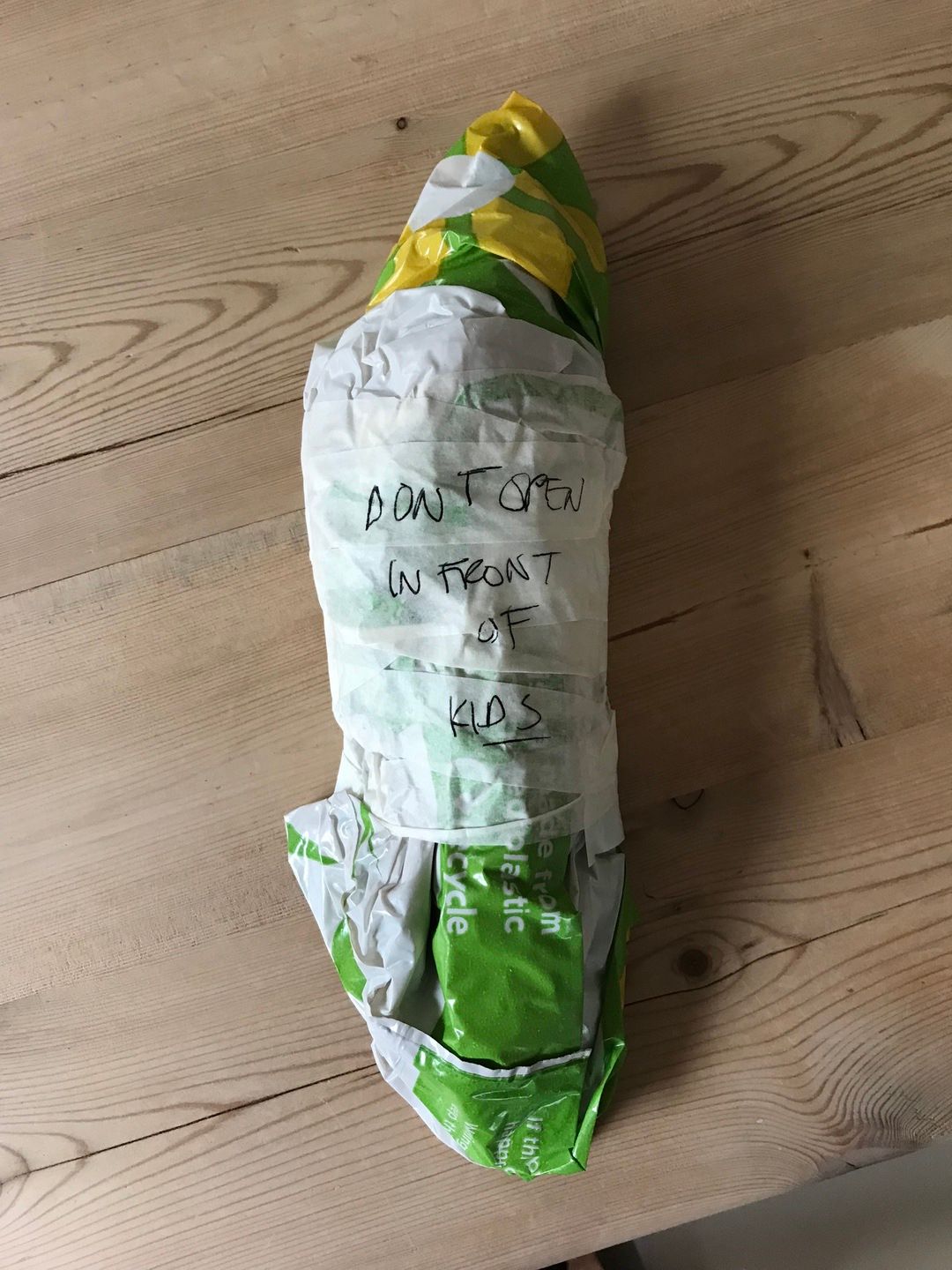 So we have an elf. Oh yes, I added YET ANOTHER thing to think about. Because I just love anything that makes it feel a bit more magical. However last year I spent many a December evening, at 10:45pm on the way up to bed remembering I hadn’t moved the damn elf. I know I’m not alone in this, and so this year I have decided to get ahead of the game with a simple, easy idea.

Now I know a lot of people don’t like the elves. Some find them creepy or menacing. However ours isn’t there as a threat or to only do naughty things, just something fun to increase the excitement really, and like anything, you can do it YOUR way. Personally I love seeing their faces when the elf arrives and moves.

So this year my way is fun, easy, and educational (I mean that’s what Christmas is all about right, education?!!) The elf has a PURPOSE and of course, it’s to do with reading and letter recognition. Now as you will see from my explanation below you DO NOT NEED AN ELF TO JOIN IN WITH THIS! I am using an elf because we have one. You can use any soft toy, or one of those advent calendars with the pockets, or nothing at all. It’s totally up to you. Or if you are thinking, “oh bugger off Five Minute Mum I’ve got enough on my plate and chocolate each day is enough thanks”, then that’s all dandy too.

So what do you need? Paper, pen and scissors. That’s it.

If you have an older one, jumble up the letters so it is an anagram they have to solve on Christmas Eve or as they go along. On each day when the letter is revealed think about what it could be. What christmassy things start with that letter sound? Have fun with the letter, and guessing what the message could be. What words can you make out of the letters you have got already?

So the elf is here to deliver a message. That is all. I have prepped all the letters already - which took me five minutes. He just has to be somewhere else with the next letter in his hand. That’s all. No cereal boxes or toilet roll or writing on fruit. Easy. 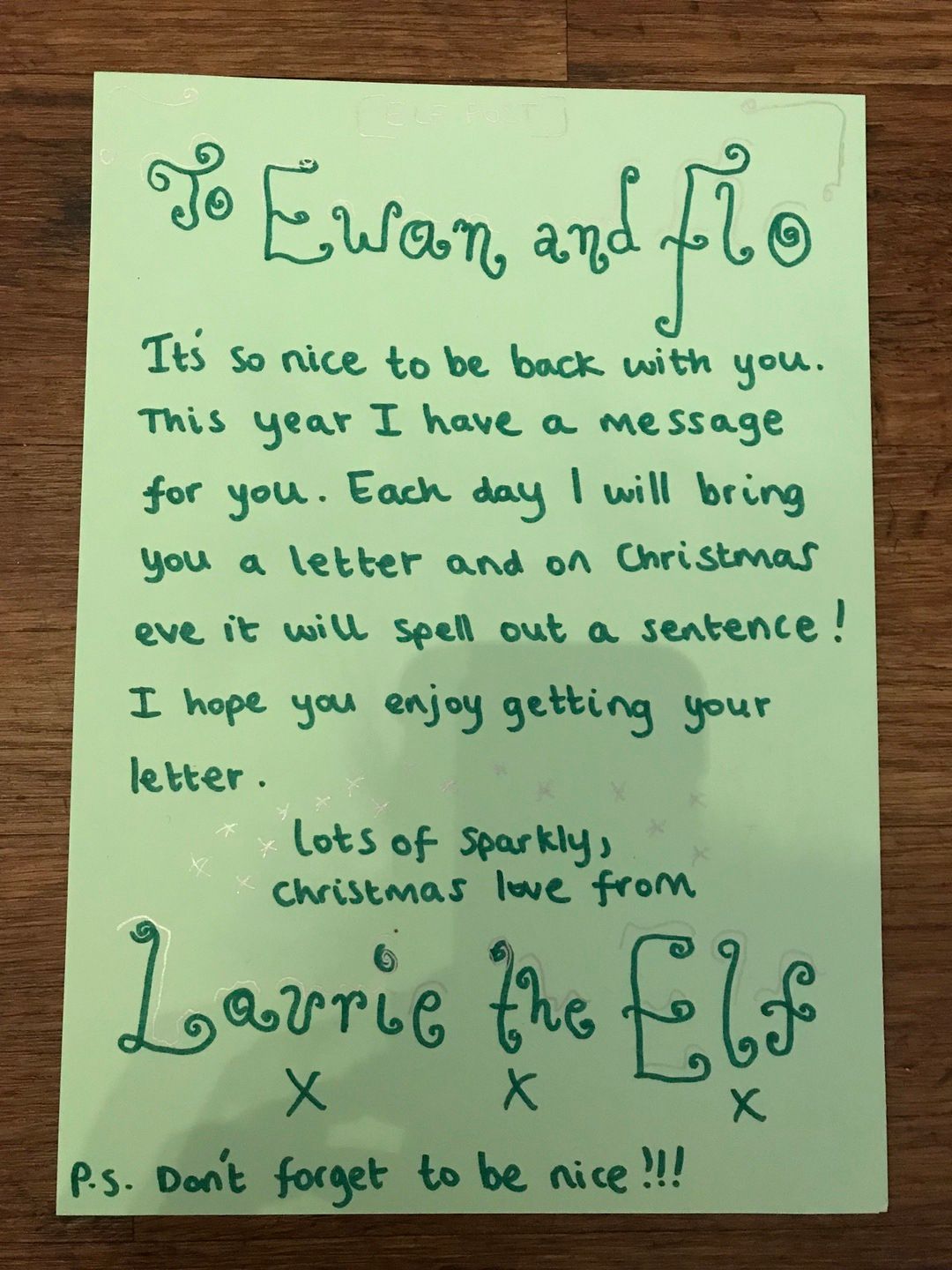 Now obviously if you LOVE to get creative and messy with your elf, then brilliant. Love it. Go for it and throw the letters into the mix too. But if like me, you don’t want to clear up flour at 9:30pm on a Tuesday night then come join.

So that’s it. Spread the word far and wide. Because, you know, if 20,000 followers isn’t a way to spread festive joy then I don’t know what is???! 😉 Oh but really, it’s just to make us ELF parents’ lives a tiny squidge easier. More time to drink mulled wine and crack into the tin of Roses we had bought to save for Christmas Day. More joy, less guilt. That’s my motto.

p.s. I tried to do a Christmas pangram but it’s impossible. Partly because it’s 24 days not 26. If you think of one let me know!!!

p.p.s are you about to google pangram?