I was going to write up a different game this week but I played this one on Monday when a friend with two boys came over for a “play-date” (hate that word – I prefer Chaos Catch-Up 😛) and it was such a hit with all four kids that I wanted to share it with you all ASAP!

The basic idea – a pirate has broken into your house and hidden letters and treasure but left a map (pirates are so bloody stupid!) – your child has to follow the map to find all the letters until they reach the end where X marks the spot and treasure is hidden. So here’s how I did it… 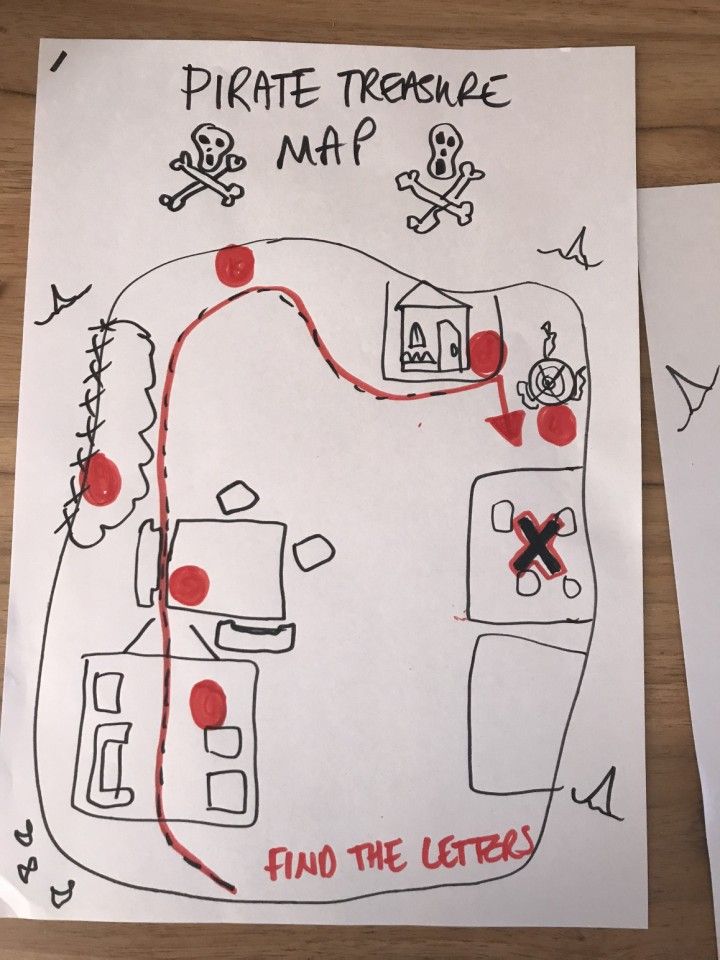 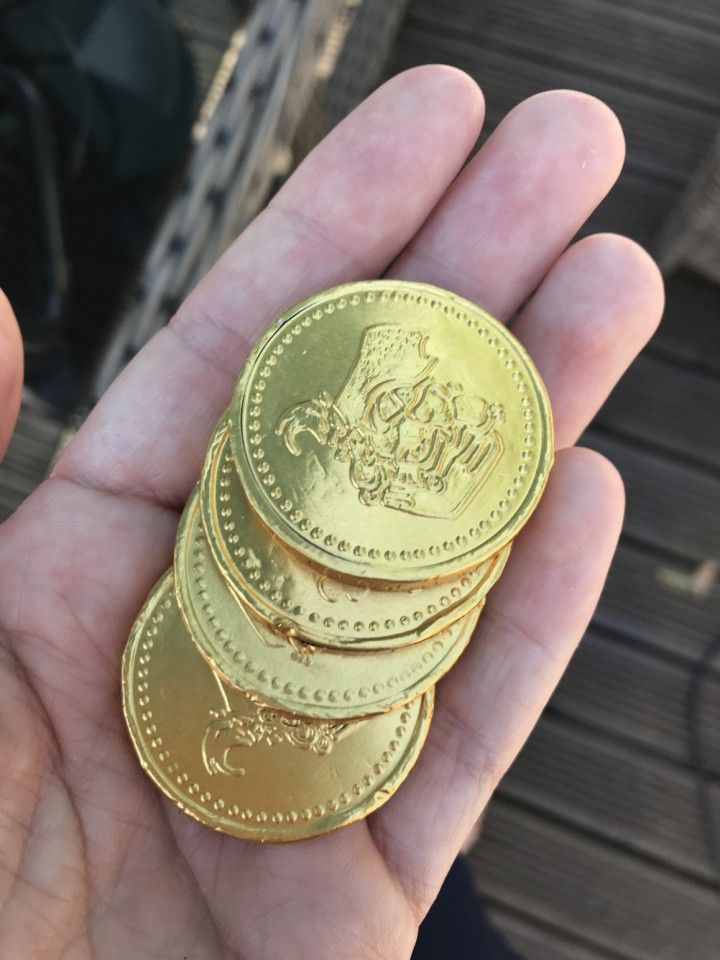 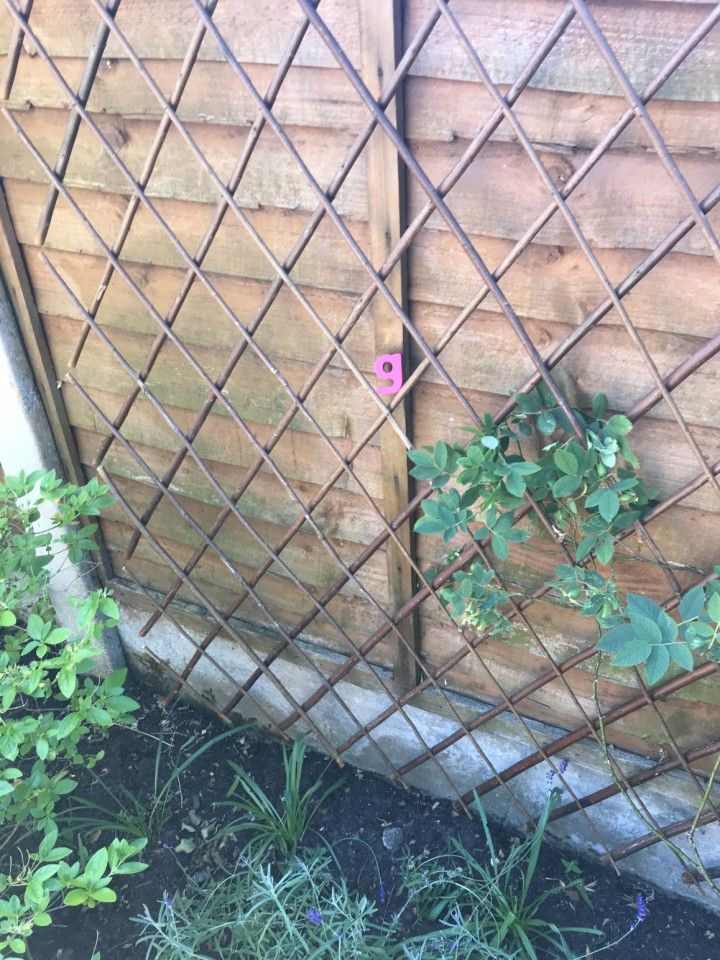 2. Roll map into a scroll with a pencil and plonk it by your letter box. Ask the kids if they heard the postman and do they want to go and see what he’s posted. 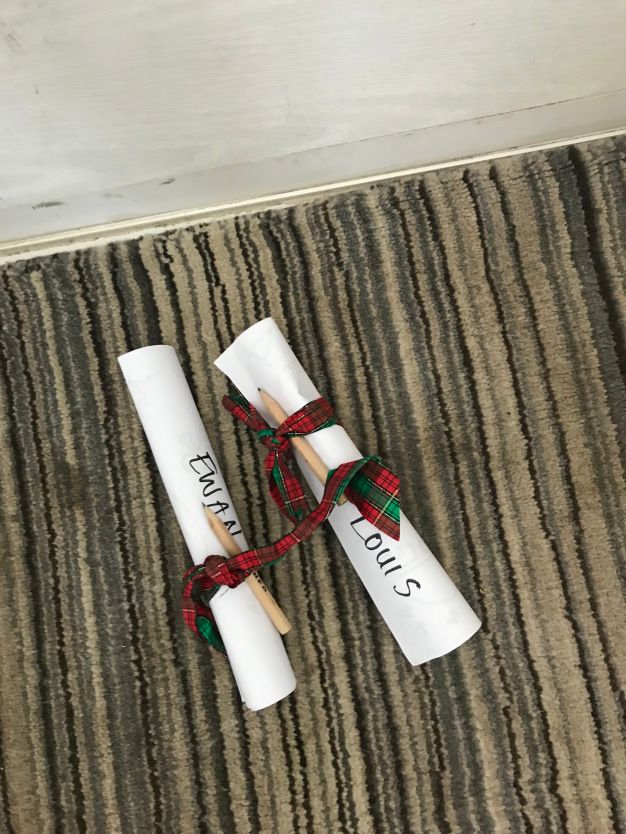 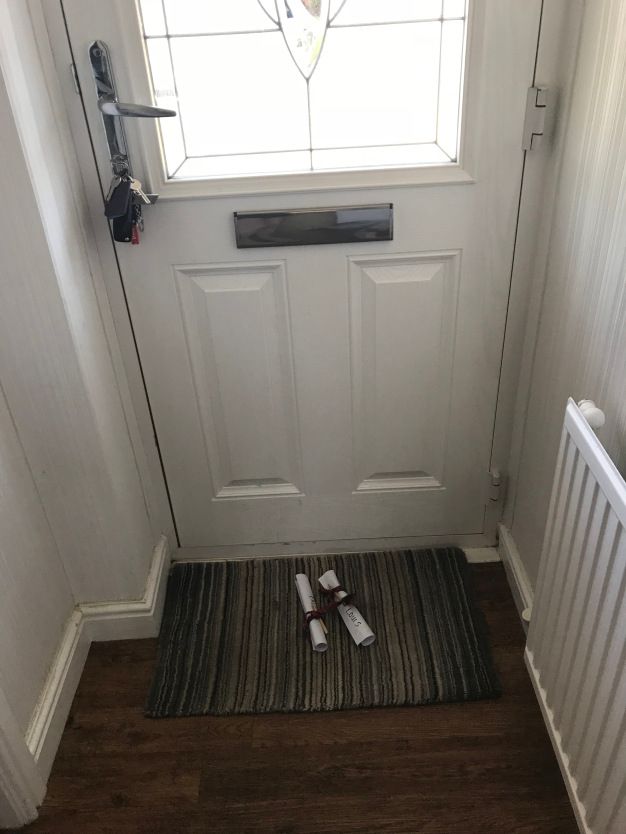 ​3. Tell them the map says “Pirate Pete has hidden treasure in your house/garden and it is their job to find all letters and write them down by following the map. If they do it correctly they will find the X and the buried treasure.” 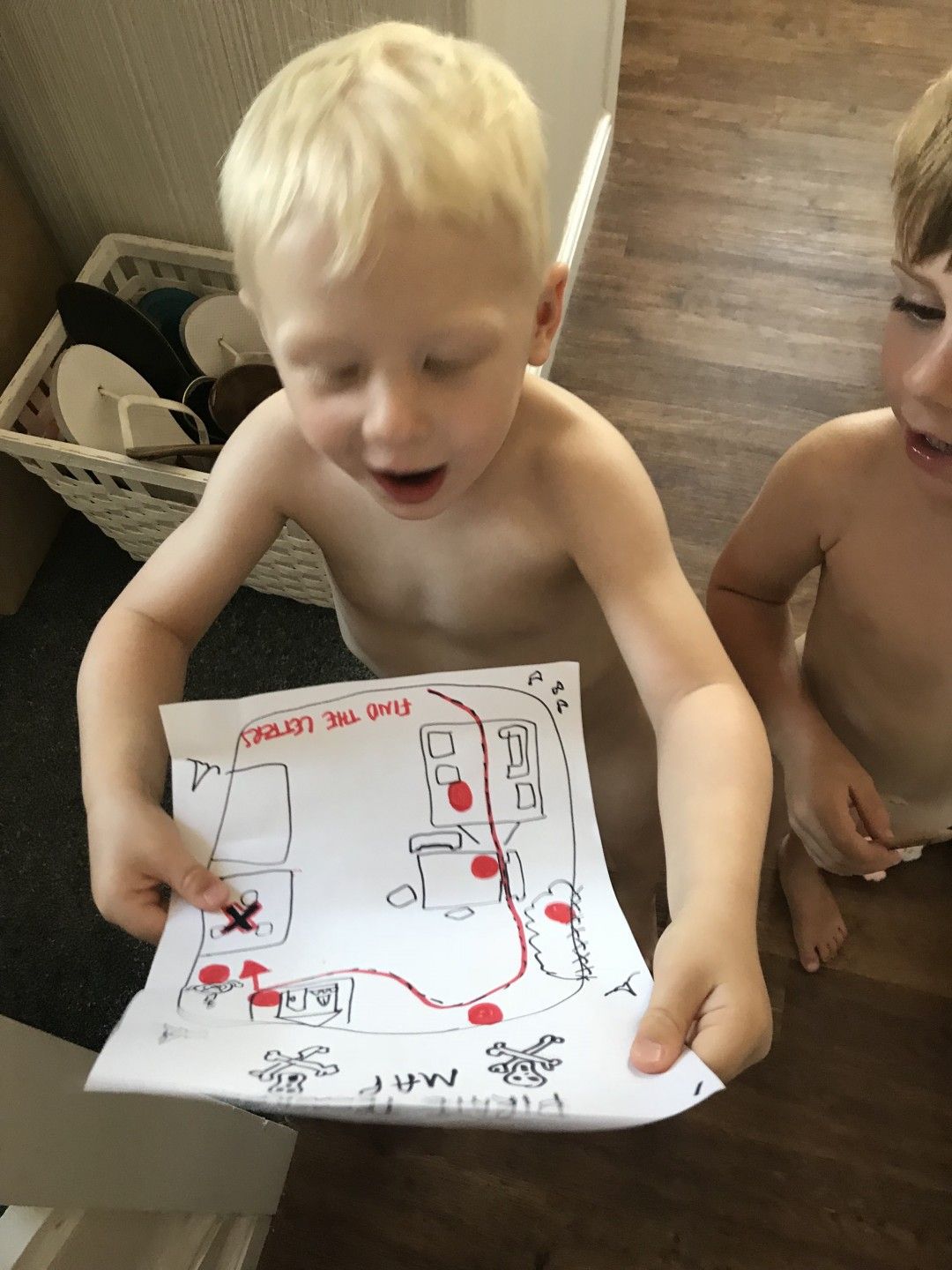 ​4. Help them with where to start, then let them find the letters and write them down as they find them, following the map each time. 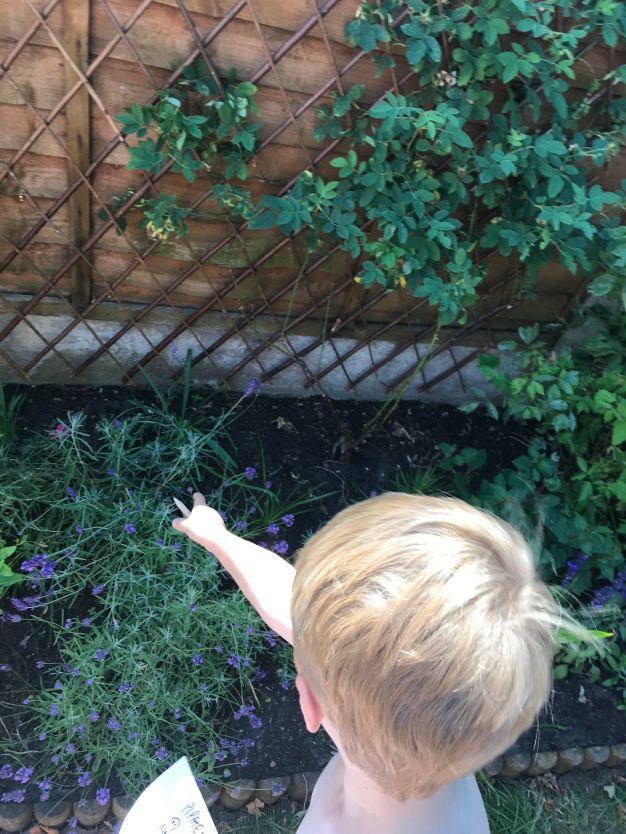 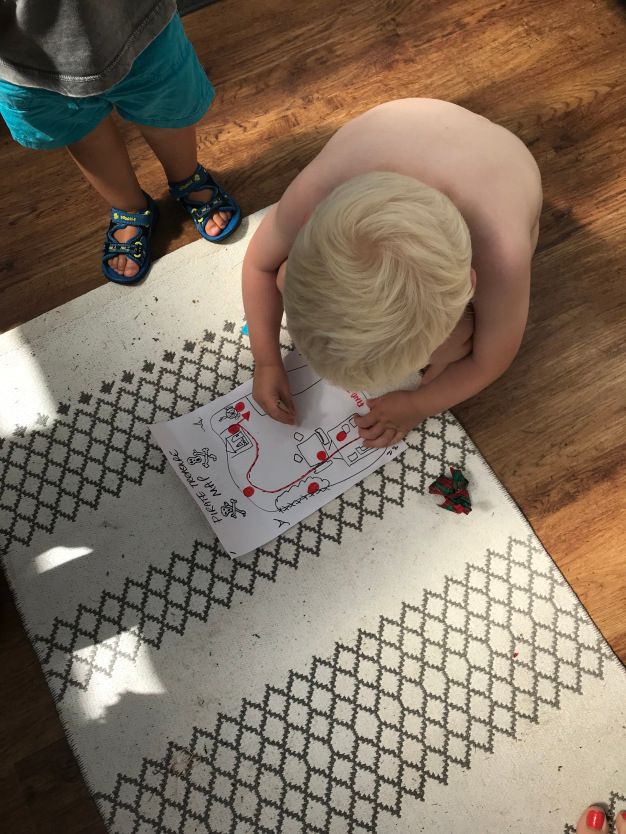 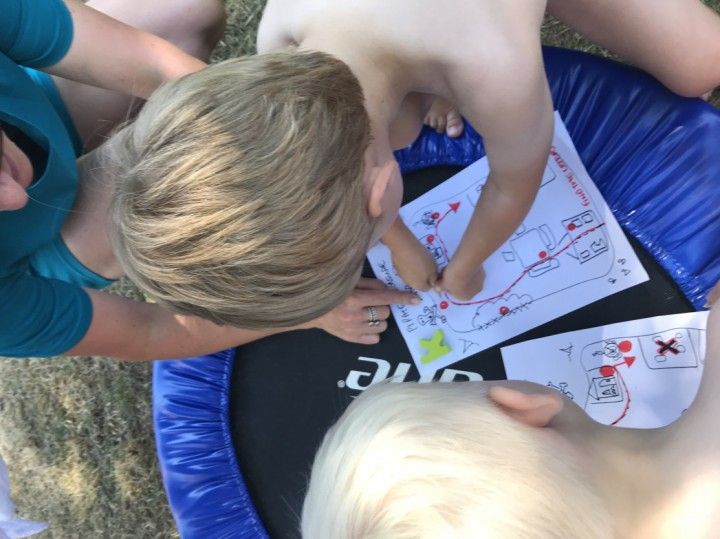 ​5. At the end they find the treasure, they are SUPER GIDDY if anything like the four in my garden, and yet what they have actually done is practice writing 6 letters. Bingo! 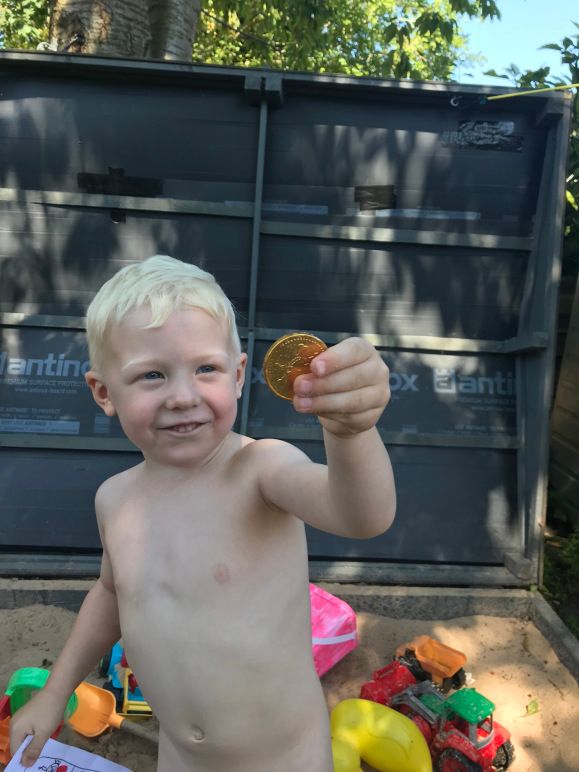 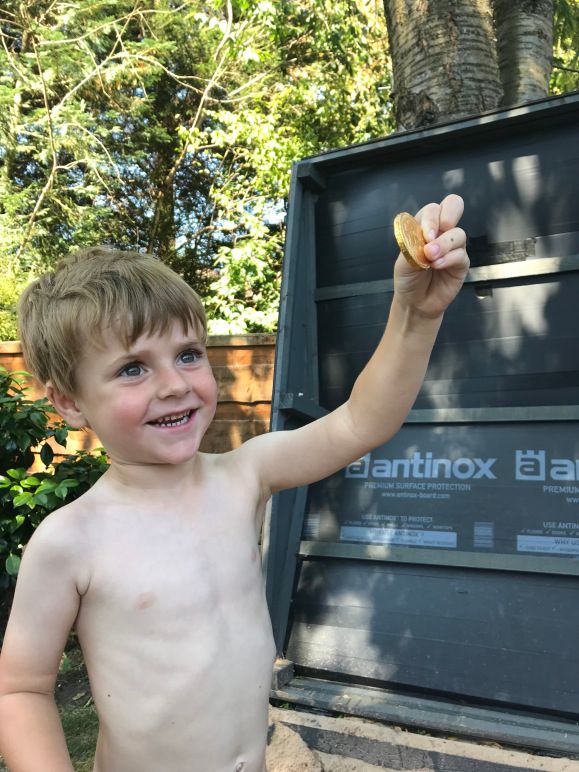 Obviously you can do variations on this depending on what your child is into. Perhaps a cheeky fairy hid them and left a note, or a disgusting troll, or a naughty witch. If they are too little for writing they can just find the letters, as we did with the little ones who are just two. Whatever works to get their little imaginations running wild. And yes the kids were all starkers playing this because it was boiling hot. It meant for some careful cropping!

Have fun – and as always – let me know if you play!