So perhaps you’re the parent of a little one, and was expecting your child to learn about Clever Cat and Annie Apple like you did as a kid (any other 80’s kids out there?) when they started the alphabet at about age FIVE. Then you hear the word PHONICS. Nursery says “we’re starting Phonics” to your two year old and I can almost guarantee you’ll be thinking ‘WTAF is Phonics?’ But you won’t want to admit this to the enthusiastic nursery teacher, so instead you just smile, nod and then go home silently panicking.

But don’t panic. I can explain it in five minutes (way less actually, it’s really simple!) and I recently did a short series of videos which linked below, where I explain it all, one minute at a time.

Nursery doesn’t start with ABC (ay, bee, see) anymore, instead they teach the SOUNDS the letters makes. Which is all Phonics means (phon means sound) because this makes it easier for children to ‘blend’ the sounds/letters together to make a word and therefore read. So instead of saying ‘Suh’ or ‘ess’ for S, they learn ‘sssssss’ (hiss like a snake sound) so when your child reads the word ‘sit’ they sound out ‘sssssss-i-t’ as opposed to ‘suh-i-t’ which would be ‘suhit’ - no such word (no shuit!). I used the example of MOP on my videos. Saying an ‘M’ is a ‘muh’ and ‘P’ is a ‘Per’ means when the children see the letters MOP they would say ‘muopa’ - again, no such word. So the sound for M is ‘mmmm’ and the sound for P is a very short soft P(uh) with the emphasis on the P.

So what to do as a parent? Well, keep it simple. Either use the correct name for the letters as in the alphabet song or the SOUND the letters makes as per phonics. Try not to use ‘muh’ for M, ‘puh’ for P, ‘suh’ for S - you get the idea….!

The first sounds Phonics introduces your children to is S A T P I N. The reason for this is because those letters can make LOADS of words so it’s quick to get them going with reading short three letter words (called CVC words - consonant vowel consonant) So if you want to try these as home then it will match what your nursery and school does. 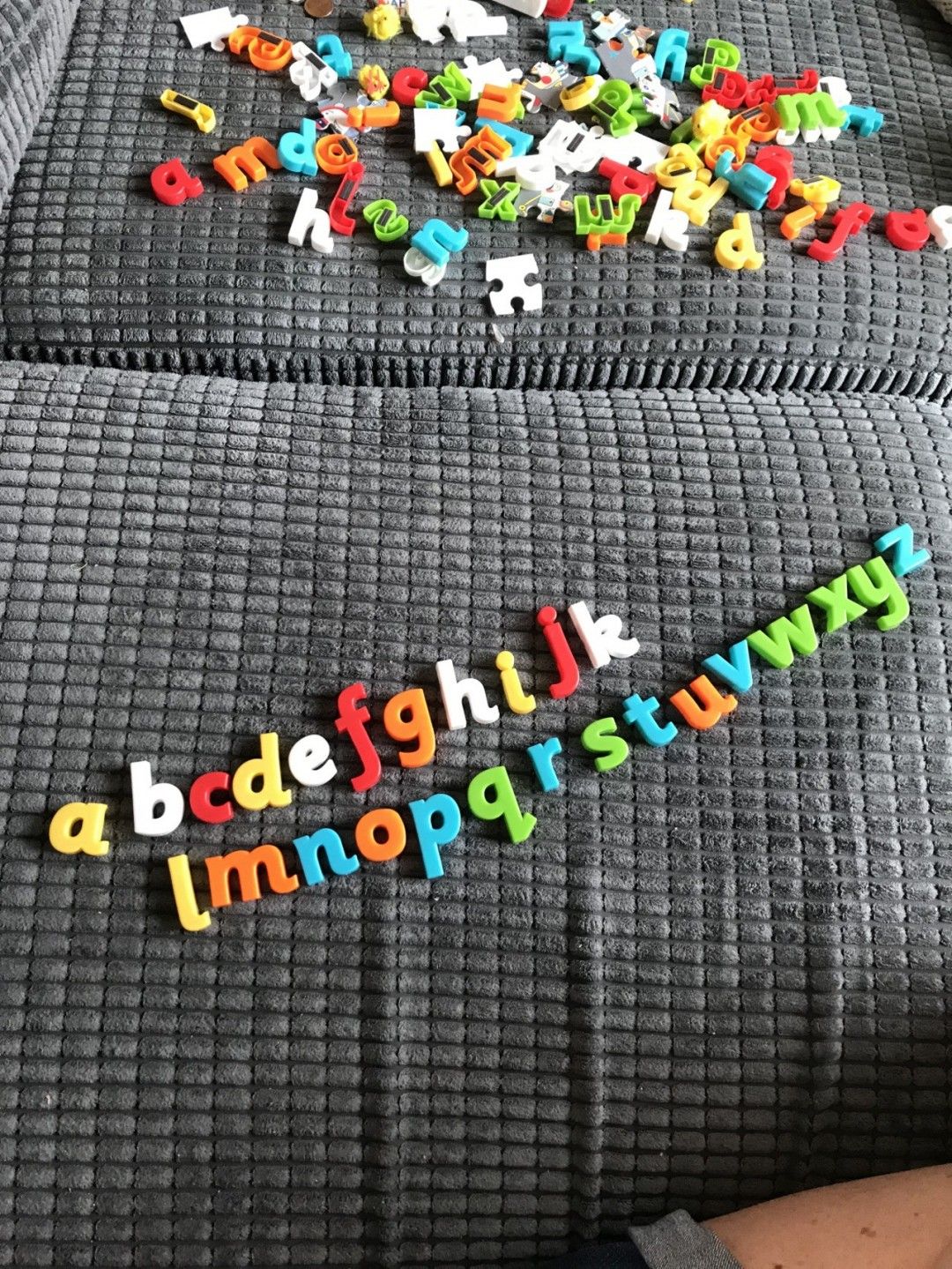 However I have always found children to be self absorbed little sods and so I have always started with the letters in their name when playing at home, rather than S A T P I N which they do at nursery.

And the reason I don’t only teach Ewan the sounds the letters make but the names of the letter is because if I taught him the E in his name is an ‘Eh’ then it’s rather confusing that it makes a “U” sound in his name. So instead I always say its an “Eeee” because it is - no adult spells their name over the phone as ‘Duh, ah, ii, ssssssss, yuh’ so I don’t see why children shouldn’t know the proper letter names and then be taught that they can make lots of sounds right from the get go (but this is my own personal feeling!) after all, they all sing the bloody Alphabet song.

Plus imagine you’re like a Kardashian who only named their children with CH names - Christopher, Charlotte, Chloe and Charlie - and then school tells them ‘Ch’ is CHuh as in Cheese, which is the first sound they teach. What the hell do Chloe, Charlotte and Christopher think?! It’s ‘see’ and ‘aitch’ and together they often make the sound ‘Chuh’ like cheese but can also make other sounds too.

Anyway I’ll stop jabbering on now. There are PLENTY of fab resources online and Jolly Phonics on You Tube are a good place to start if you want to get to know the initial ‘Sounds’ your child will be introduced to through Phonics in a fun way or I did some Letter of the Day videos which can be found on my You Tube channel.

Or if you really want to understand phonics clearly then I made this hour long video here which talks you through it all slowly (as I swig a gin!) I made this video during the pandemic when people couldn’t visit schools, like they usually would, to join a parents evening where this sort of thing is usually explained. It goes through the phonics phases reception class (first year of school) will usually cover in detail and explains all the terminology like blending and segmenting and digraphs etc.

If you want to know which of my games are good for phonics, then click on the ‘phonics’ category on the website and it’ll show you all the games to have a go at for letter and sound practice! 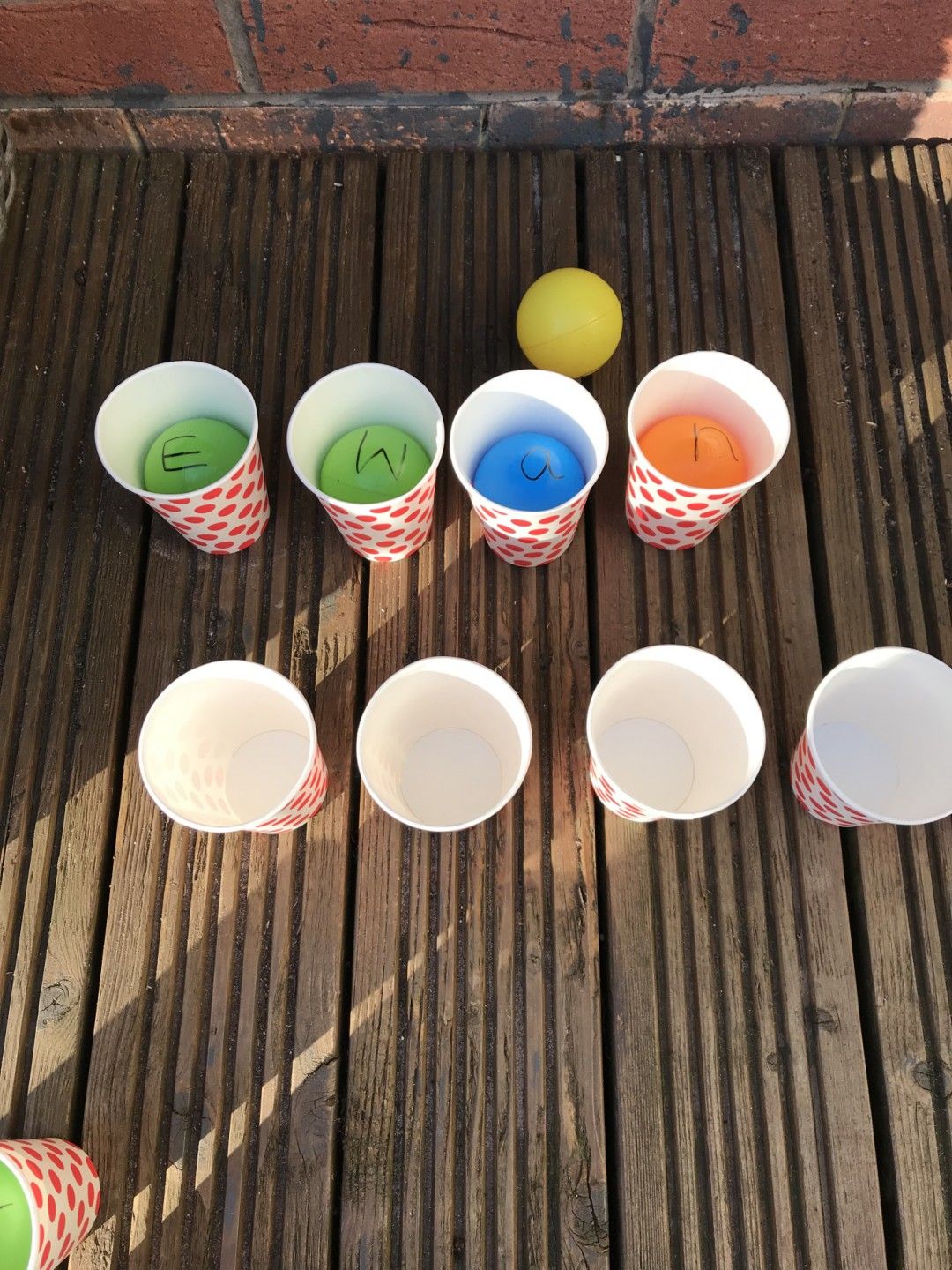 In the meantime if you’re playing ANY kind of letter or alphabet games with your children, HOWEVER you are doing it, you’re a bloody GREAT parent. End of.