When your little ones start school the chances are they will be sent home with spellings to learn. Now each school has their own way of doing this - some start in reception, some later. Some do tests that they take seriously with points and rewards offered for those who achieve top marks (not helpful if you ask me…! But no-one did so I’ll shut up!) some just do it in quite a relaxed way (Ewan’s school does, big thumbs up from me). But usually the onus is on us, the parents or people looking after those kiddies at home, to help them learn to spell these words.

Now you might be told to help them fill out a sheet of paper every day whereby they write the words over and over in tedious lines and are told to look, cover, write, check or something similar. BORING!!!

Who wants to do that? Not the kids. Certainly not me. Sitting at the kitchen table getting Ewan to write out words would be a surefire way to end the day with frustration, tears and a large glass of wine (oh did you think I meant him?....no, ME!)

So what to do? Well I can think of 50 better ways to learn them that don’t ever involve me pinning him to a table and announcing ‘we’re practising your spellings now young man’ like some Victorian overlord. Here’s what we do…

First up, I just want him to be able to confidently recognise and read the words and know what they mean! What’s the point of learning which letters come in which order like an algorithm robot if he has no understanding? Ewan gets his spellings on a Friday each week. I refuse to do homework over the weekend - so we spend Monday to Friday doing his spellings. Five minutes a day, over those five days - sometimes only 3 or 4 days depending on what else is going on! So for the first three days all we do is play recognition games. I write the spellings on some bits of paper or card and we play the following games…

Or we might make the words out of playdoh sausages. Or try to knock them off the radiator in magnetic letter form. Or stamp them onto a magna doodle board with magnetic letters. Absolutely anything that plays with the words. During play we discuss patterns or digraphs we spot in the words, we verbally put them into sentences and talk about things that rhyme with them or silly words they sound like. We don’t write them down. 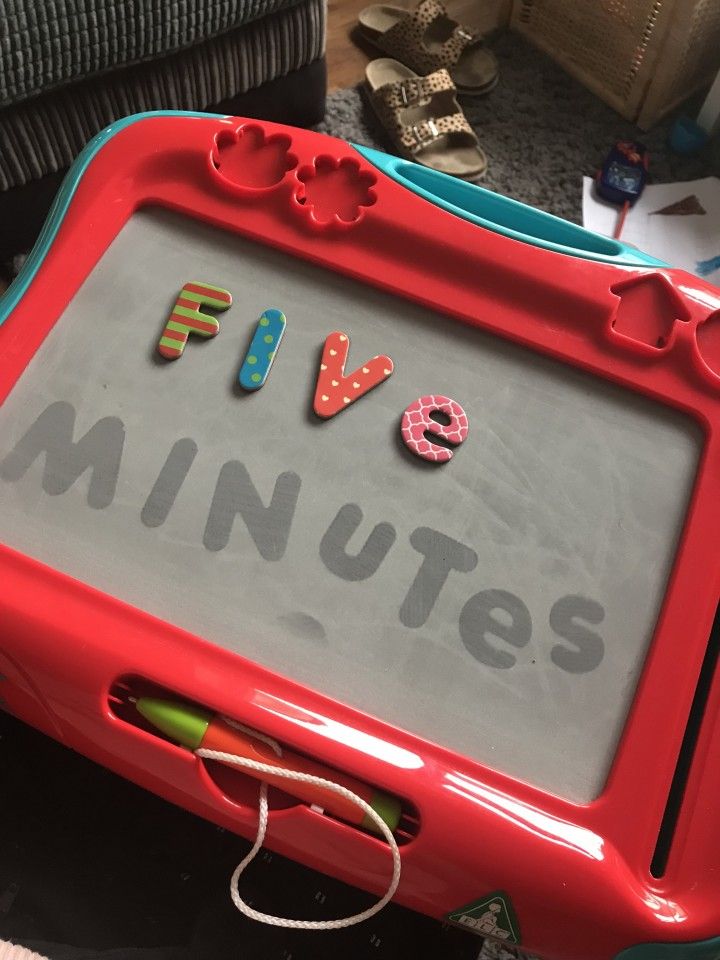 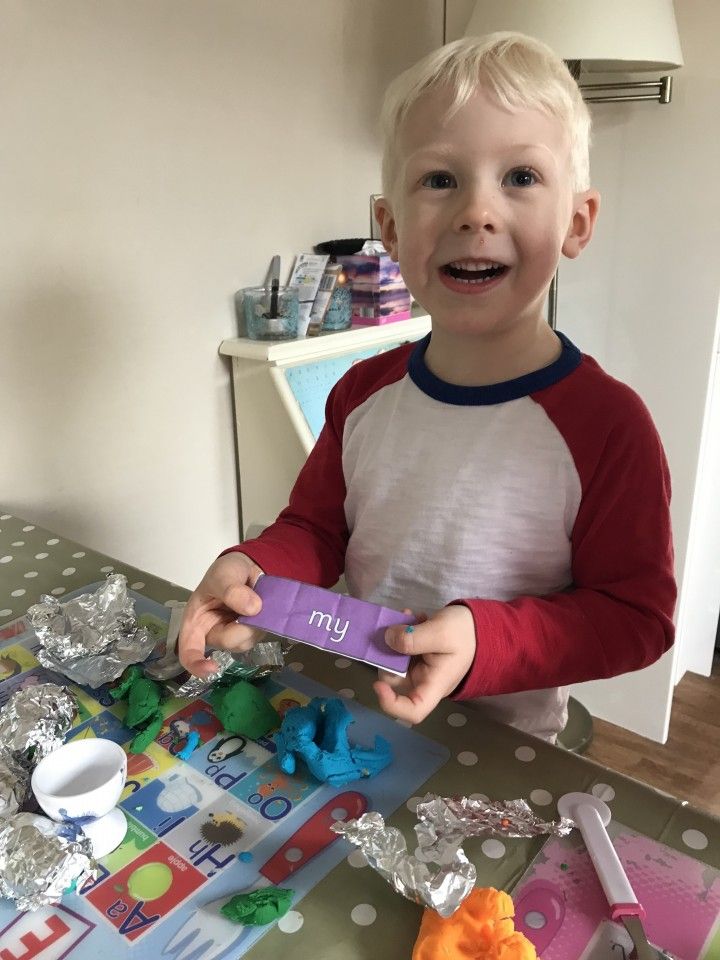 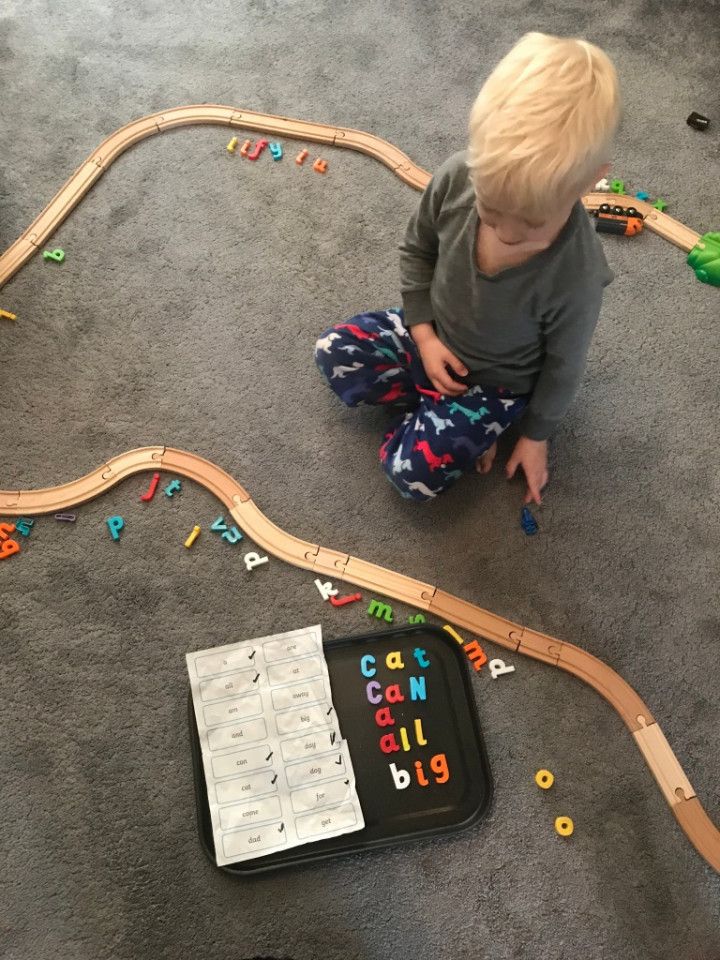 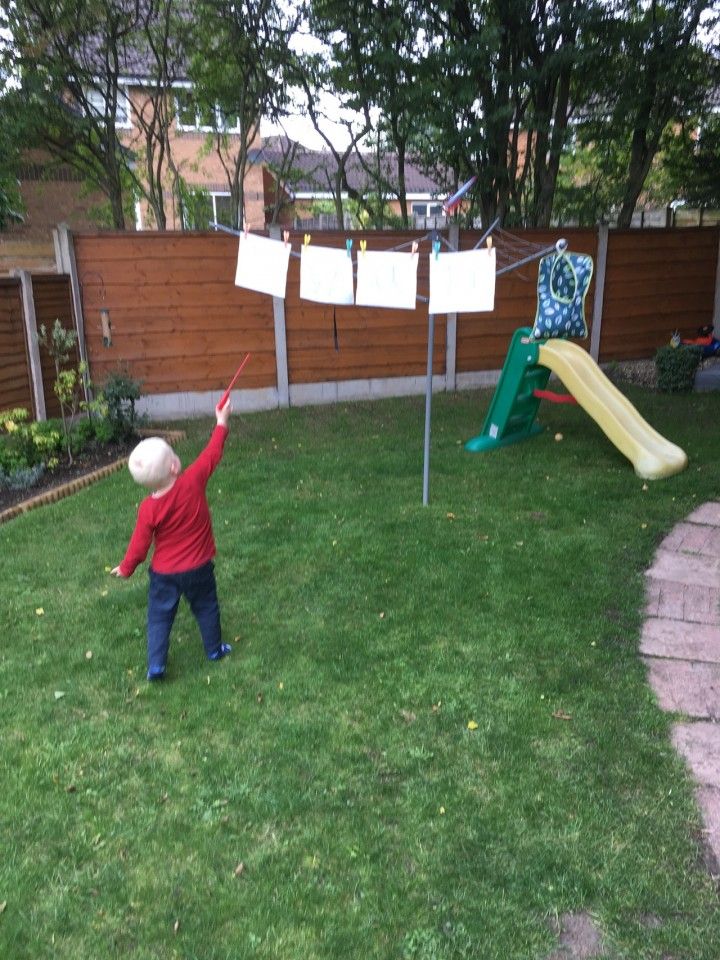 After we’ve played one or two recognition games we start with games that help with the ordering of those letters or memorising the words. Here are some ways I do this… 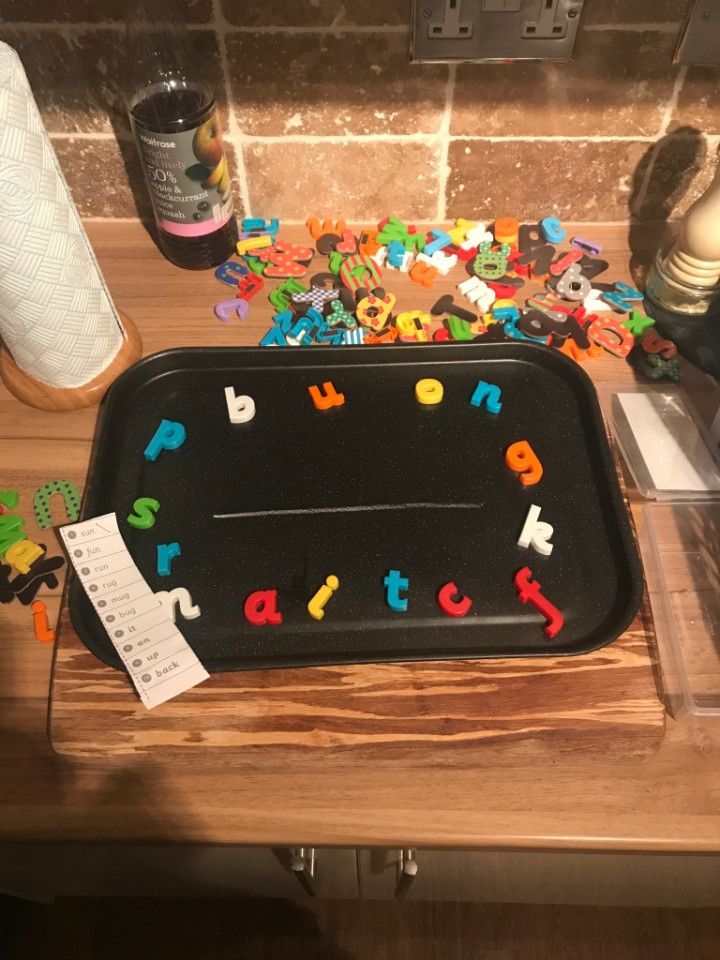 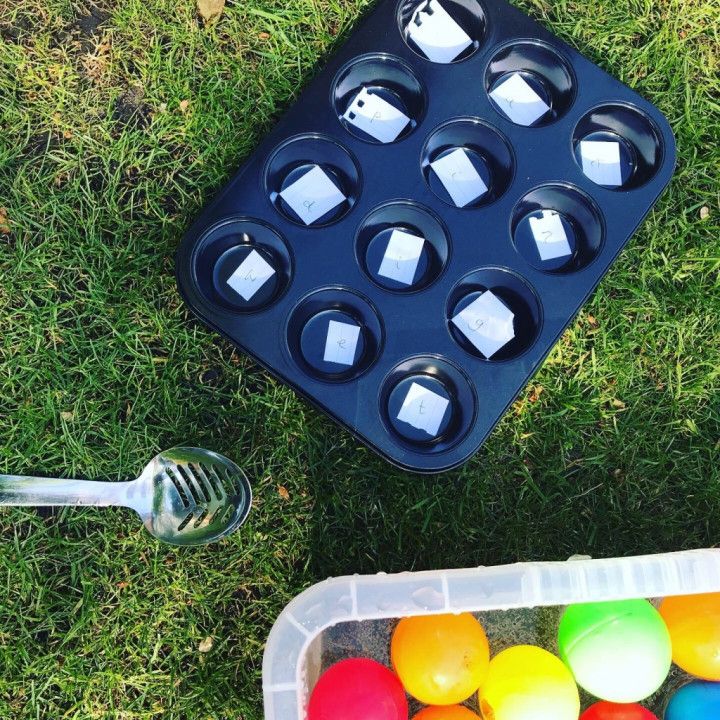 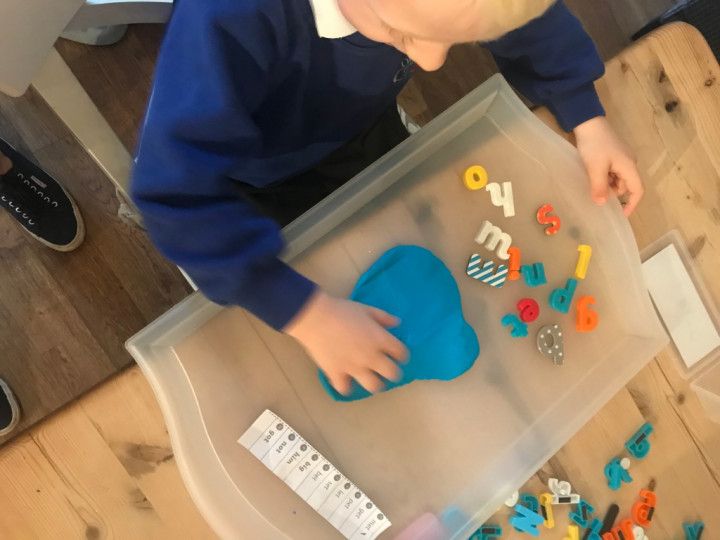 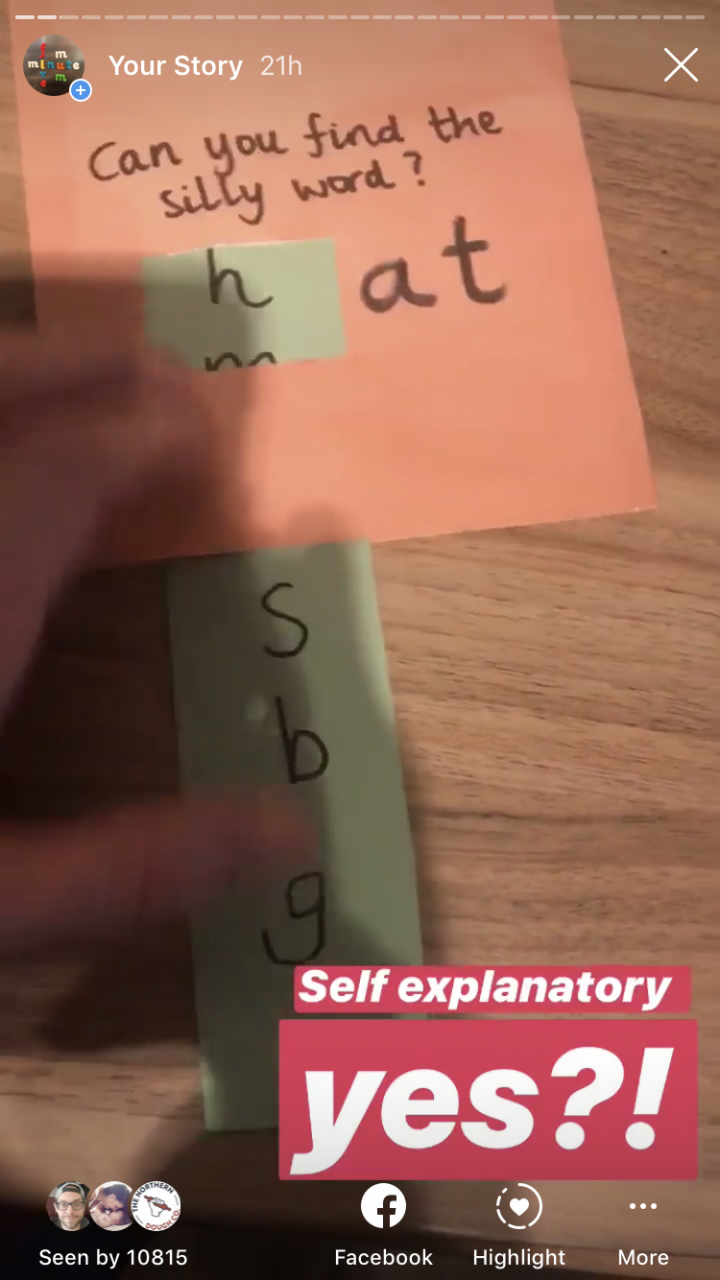 NOW we write…or do we?

Only the day before Ewan’s spellings do we practise writing the words. And I don’t usually do this with a pencil and paper either… 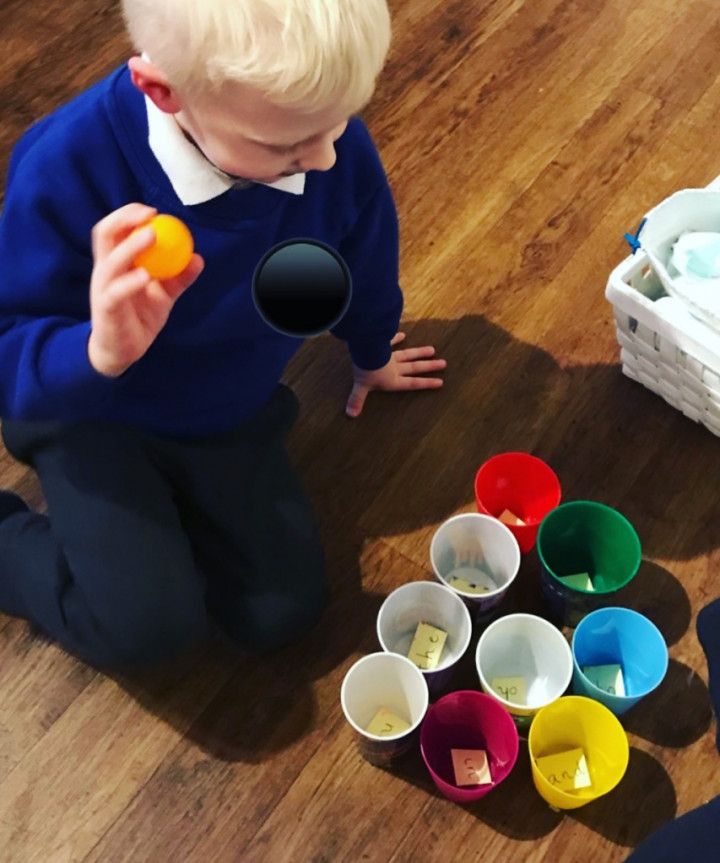 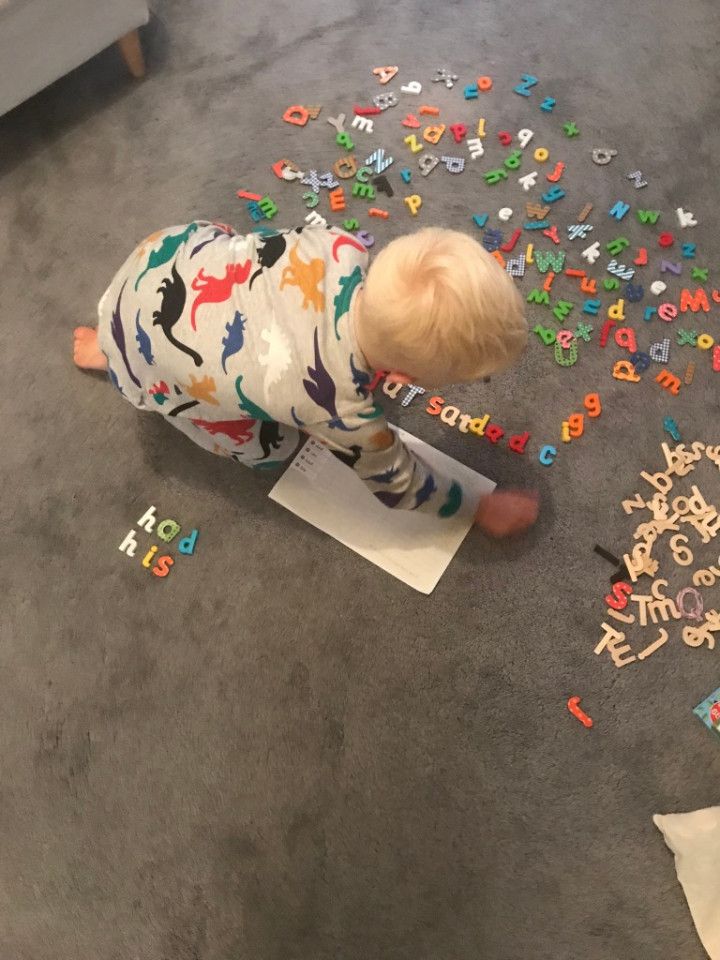 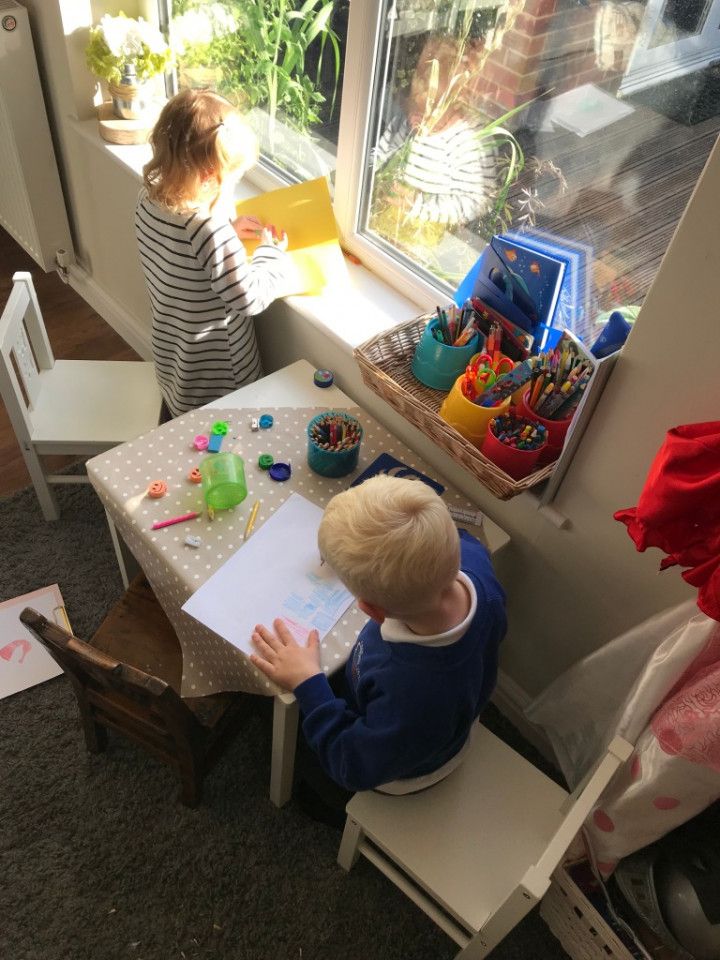 Remember I do ONE of these activities a day. For no longer than five minutes. So far this school year Ewan has got 10/10 for his spellings every week except for one week when he got 8/10. I don’t tell you this to show him off in any way, other than to prove to you that this is ENOUGH. It works. Ewan isn’t keen on reading or writing. It took him until year one to be able to start to even blend, so we know it doesn’t come naturally to him. He’s my little test subject and so far…it’s been a roaring success. Spelling nailed, and not once has he said ‘I don’t want to’ when I explain what the game is I’ve set out. He sees the game, we play, we spell as long as he’s happy to - the next day we play something else and come Friday for the first time that week he has a go at writing out those words on a bit of paper. And when I pick him up from school, I sneakily check the result, do a silent mini air-punch to myself, give him a kiss and sometimes say ‘top work on the spellings kiddo’ (regardless of the result!). No big deal. It’s just another game. On we go…!

I wrote this blog post a couple of years ago so I just wanted to update you to let you know that these Spelling games plus more, are in my book Time For School which you can buy by clicking the link here!

If your kids are like mine and obsessed with poppits (there are some on my Amazon Affiliate shop if you need them!) then perhaps you’re wondering what to do with them? Well, we can use them to help with spellings.

I used a sharpie pen (it comes off with alcohol gel - hand sanitiser btw) to write the alphabet on my kids’ poppits. I wrote it twice on Ewan’s as his spellings often use letters twice. Then we can pop the letters to help spell the words like a little keyboard.